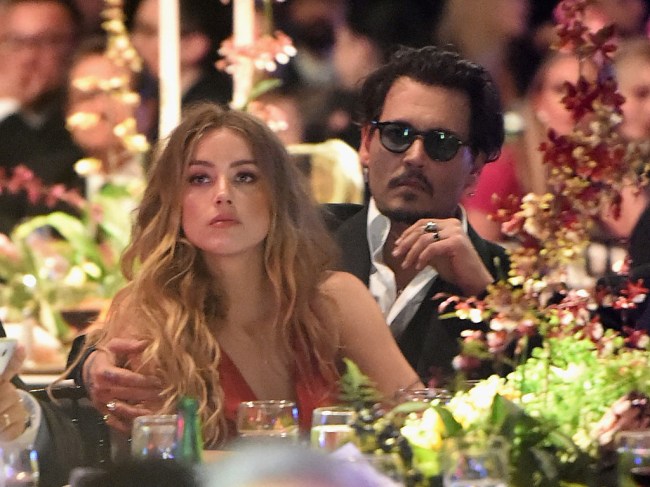 It’s been over four years since Amber Heard filed for divorce from Johnny Depp, but the two celebrities are apparently still loathing each other. Depp is suing Heard for $50 million for allegedly defaming him with domestic abuse allegations. Depp’s lawsuit also alleges that Heard had an intimate relationship with Elon Musk during the first month of their marriage.

Depp is suing his ex-wife Heard for no less than $50 million. The defamation lawsuit claims that Heard’s accusations of domestic violence against her are “part of an elaborate hoax” to advance the career of the actress.

In December, Heard wrote an article for the Washington Post elaborating on the backlash she received after speaking out against domestic abuse. Heard wrote that she witnessed “how institutions protect men accused of abuse” and “faced our culture’s wrath.” The Aquaman actress alleges that she lost a role in a film and was dropped by a major fashion brand because of the alleged “backlash.”

The lawsuit says that the Washington Post article had the “central premise that Ms. Heard was a domestic abuse victim and that Mr. Depp perpetrated domestic violence against her.” The lawsuit states that Depp “never abused Ms. Heard” and Amber was in fact the perpetrator. Depp’s lawsuit said the domestic abuse allegations and the op-ed lost him his lucrative Disney role as Jack Sparrow in the Pirates of the Caribbean.

Heard’s attorney Eric George told People magazine that Depp’s legal action is “frivolous” and an attempt to silence his ex-wife but “she will not be silenced.”

Depp’s attorney Adam Waldman told the magazine “we hardly intend to silence Ms. Heard” but “look forward to holding the overwhelming video, photographic and eyewitness evidence we finally possess up against Amber Heard’s (so far silent) attempts to explain the inexplicable”.

“Mr. Depp’s actions prove he is unable to accept the truth of his ongoing abusive behavior,” Heard’s representation said. “But while he appears hell-bent on achieving self-destruction, we will prevail in defeating this groundless lawsuit and ending the continued vile harassment of my client by Mr. Depp and his legal team.”

Depp’s lawsuit is also accusing Heard of having a romantic relationship with Tesla founder Elon Musk “no later than one month after” she and Depp married in 2015. The lawsuit alleges that Heard received “late night” visits from Musk at the Los Angeles penthouse that Depp and Heard shared. The affair happened while Depp was allegedly out of the country.

Johnny Depp married Amber Heard in February 2015, but the actress filed for divorce on May 23, 2016. Heard got a temporary restraining order against Depp after she claimed he had been verbally and physically abusive during the marriage. Depp claimed Heard assaulted him by throwing a vodka bottle at him a month into their marriage, which injured his hand. The divorce was settled on August 16, 2016, which required Depp to pay heard $7 million.