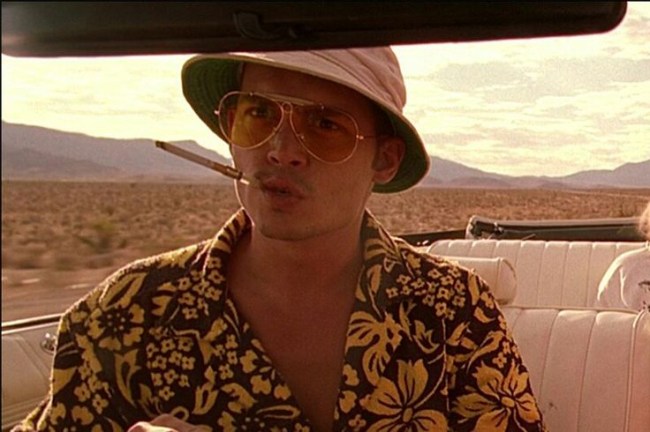 Fear And Loathing In Las Vegas

If you were a bigshot Hollywood celebrity making millions for playing make-pretend what would you spend your vast wealth on? You gotta go with a pool filled with Cîroc Coconut Vodka right? Or you’d have to buy the 40-foot-long t-rex skeleton from the American Museum of Natural History and prop it up in the foyer of your house. But it appears that Johnny Depp has his own extravagant purchases and endeavors that he blows his money on and they are intriguing to say the least.

Last month, Depp claimed The Management Group owed him more than $25 million and sued the company for reportedly grossly mismanaged his earnings. On Tuesday, Depp’s former business managers countersued the actor and blamed his financial troubles on the actor’s lavish lifestyle that costs more than $2 million a month to maintain. They allege that the star ignored their repeated warnings on his wasteful spending habits that included paying $3 million to blast author Hunter S. Thompson’s ashes out of a cannon over Aspen, Colorado, which actually seems like the best use of his millions compared to the other boring shit he spent his money on.

The lawsuit alleges that the actor paid more than $75 million to buy and maintain 14 homes, including a French chateau and a chain of islands in the Bahamas. Depp allegedly spends $30,000 on importing and drinking wine. Wine? Does Depp not know you can get a fine bottle of wine from Trader Joe’s for $9.99?

The Management Group’s countersuit stated that Depp is “fully responsible for any financial turmoil” he faces” and “he has refused to live within his means, despite… repeated warnings about his financial condition.”

The company handled his finances from 1999 until early 2016, a period of time when the money was rolling in for Johnny.

This comes on the heels of the 53-year-old actor’s costly divorce to Amber Heard, which was finalized in January.

Don’t feel too bad for Depp though. The actor, who has a net worth of $400 million, will be in six films in 2017 including Pirates of the Caribbean: Salazar’s Revenge and Fantastic Beasts and Where to Find Them 2. Which I’m sure he will be paid handsomely for. Johnny was reportedly paid more than $300 million from the Pirates of the Caribbean franchise leading up to the fifth installment.