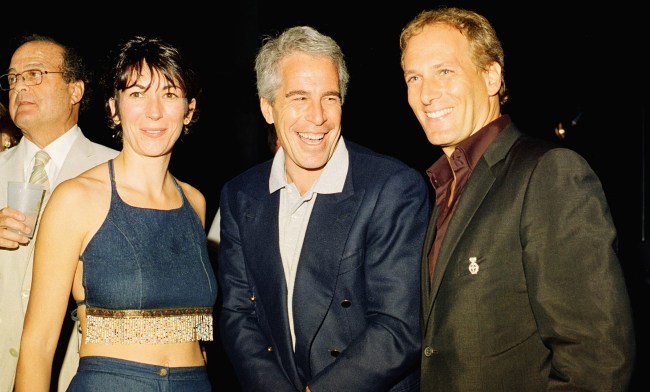 As Jeffrey Epstein’s longtime associate Ghislaine Maxwell begins to get comfy for her lengthy stay in prison until her scheduled trial date of July 12, 2021, word on the street is that she believes her former lover was murdered in prison while awaiting his trial and she fears she’ll be the next to get assassinated.

“Everyone’s view including Ghislaine’s is Epstein was murdered. She received death threats before she was arrested,” a family friend told The Sun.

Maxwell, who was denied bail by U.S. District Judge Alison Nathan after requesting she be allowed to stay in a luxury hotel instead of prison while awaiting trial, has reportedly been the target of numerous assassination threats since her arrest on July 2.

Many theories regarding the threats involve the fact that Maxwell has allegedly told people she has a “secret stash” of video tapes of friends of Epstein involved in illegal acts with minors and that Maxwell is prepared to “name big names” to save her own skin when it comes to facing a lengthy prison term.

Related: Son Of Judge Murdered 4 Days After She Was Assigned Jeffrey Epstein-Related Lawsuit

Another acquaintance of Maxwell claims Epstein’s former recruiter and fixer is refusing to give the name of the husband she secretly married to the court because she only wed him to protect her over $12 million fortune.

One former friend believes Maxwell could be married to American tech and shipping entrepreneur named Scott Borgerson. While another claims Maxwell and Borgerson bought a house together in Manchester-by-the-Sea, Massachusetts, acted like a “husband and wife.”

“I don’t know of any other guy who she has actually seen,” the friend told The Sun.

Borgerson’s estranged father Chris recently told a Daily Mail reporter, “I don’t know anything and if I did I wouldn’t tell you.”

Victims of Jeffrey Epstein can now claim compensation from the paedo financier’s $630million estate after a bombshell ruling by a judge in the US Virgin Islands.

The indictment against Maxwell said that she had never had a job but had a substantial fortune.

If convicted there is a possibility she could face having her wealth seized to pay compensation to victims.

That is especially the case if it is found that she was paid by Epstein for her alleged role in procuring underage girls for him.

Being married, however, would make it more difficult to seize her fortune as it would be hard to differentiate what is her own and what is her husband’s.

And yes, that is Michael Bolton in the photo at the top of the page, and Roger Waters in the photo below it. Maxwell and Epstein were very connected.