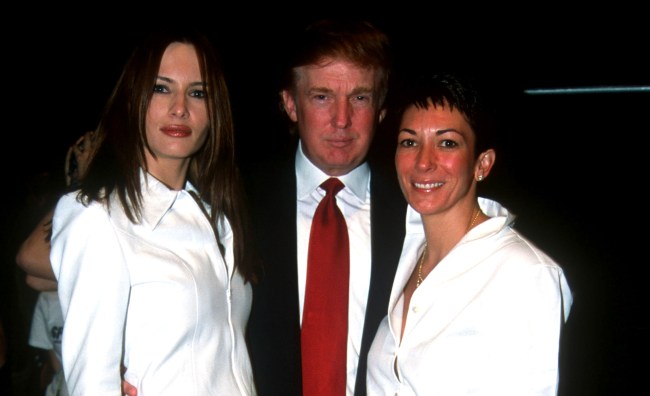 Considering the fact that there are a whole slew of rich and famous people who stand to have their lives completely burned to the ground if Jeffrey Epstein associate Ghislaine Maxwell decides to spill the beans, prison officials are taking every precaution to make sure she doesn’t (a) kill herself, or (b) get assassinated.

The alleged fixer and recruiter for Epstein’s underage sex ring has already been forced to wear paper clothes and sleep on paper sheets while incarcerated at the Metropolitan Detention Center in Brooklyn.

Prison officials are also following protocols that ensure Maxwell has a roommate in her cell, is monitored and someone is always with her while she’s in jail.

Now, a report by the Daily Mail claims that the 58-year-old is being moved from cell to cell as authorities “are terrified someone will try to kill her.”

“To take someone out like that, that would be a badge of honor in the subculture of prisons,” former warden Cameron Lindsay told the New York Post.

Maxwell is scheduled to appear before a judge in New York on Tuesday, and people close to her are also now trying to sell the claim that she’s innocent.

Maxwell’s allies have told The Mail on Sunday that she:

• Is not the person who introduced billionaire Epstein to Prince Andrew;
• Fears dying of Covid-19 while in prison;
• Insists she and Epstein had not met in person for 15 years;
• Weeps over friends who have lost jobs because of their association with her;
• Has not had a haircut in a year and is being moved ‘from cell-to-cell’ for her own safety.

Maxwell’s attorneys filed a 26-page court document and will be seeking a $5 million bail for their client on Tuesday using the argument that her life is in danger in prison both from the coronavirus as well as the many death threats she has been receiving.

“The open season declared on Ms Maxwell after Epstein’s death has come with an even darker cost – she has been the target of alarming physical threats, even death threats,” the document states.

A friend of Maxwell claims all she did was manage Epstein’s household, saying, “They weren’t that close. It was a professional relationship.”

Bail documents filed by Maxwell’s lawyers last week reveal that she believes she is covered by a clause in that plea deal that protects any ‘potential co-conspirators’ from prosecution.

The friend says: ‘Ghislaine never visited him in jail. People say the reason she did all these terrible things was for money, that she was a poor as a church mouse, but that’s not true. She was with [Gateway computer founder Ted Waitt] until 2011 and he’s worth three times what Epstein was worth.’

Maxwell also denies that she introduced her close friend Prince Andrew to Epstein, something her friends say ‘has been written in stone but is plain wrong’.

Meanwhile, The Sun reports a former friend of Maxwell and Epstein, William Steel, claims they made him watch videos of powerful people having sex with underage girls “to prove how they ‘owned’ people.”

Maxwell is expected to plead not guilty to four counts of sex trafficking and two counts of perjury when she appears in court on Tuesday.