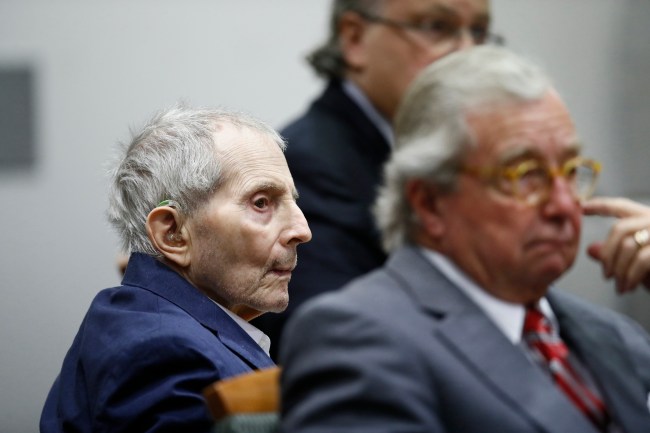 On Wednesday, prosecutors in Los Angeles began presenting evidence to prove that in 2000 Robert Durst killed his 55-year-old friend, Susan Berman, to prevent her for speaking up about the disappearance and presumed murder of Durst’s wife, Kathie. Kathie disappeared in 1982 and her body was never found.

Robert Durst & Susan Berman are seen together in this image the prosecution used in opening statements. @LawCrimeNetwork pic.twitter.com/Qr8bDBugLa

Berman, the daughter of an infamous Las Vegas mobster, was shot execution style in the head and was found dead in her home on Christmas Eve 2000. Fifteen years later, on March 14, 2015, Durst was arrested in New Orleans and charged with first-degree murder in connection with Berman’s death.

#RobertDurst – Lewin: Bob Durst and Susan Berman met in the 60s at UCLA. They quickly became best friends and she became his confidant. pic.twitter.com/QMBl40Gv5M

It’s nearly impossible for anyone who’s seen the 2015 HBO documentary series, The Jinx: The Life and Deaths of Robert Durst, to believe that the 76-year-old billionaire and real estate heir is anything but a sociopathic serial killer.

Durst’s showing in the six-part documentary was so incriminating that he would later tell the district attorney’s office that he was “high on meth” throughout the filming of it.

Deputy District Attorney John Lewin is expected to link the Berman killing to a renewed investigation into Kathie Durst’s disappearance and a 2001 killing and dismemberment of Durst’s neighbor in Galveston, Texas, Morris Black. Durst, who was disguised at times as a mute woman in Galveston, admitted to killing and dismembering Black, but claimed self-defense and got acquitted. 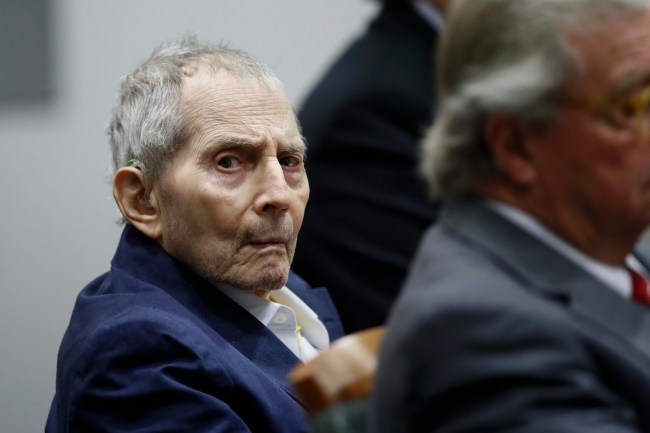 Durst has a large, bulging scar on his head from the treatment of hydrocephalus, or water on the brain, and has also undergone surgery for esophageal cancer and had his cervical spine fused, his lawyers have said. [via NY Post]

The trial is expected to last about five months. It remains to be seen if Durst will make it till then.