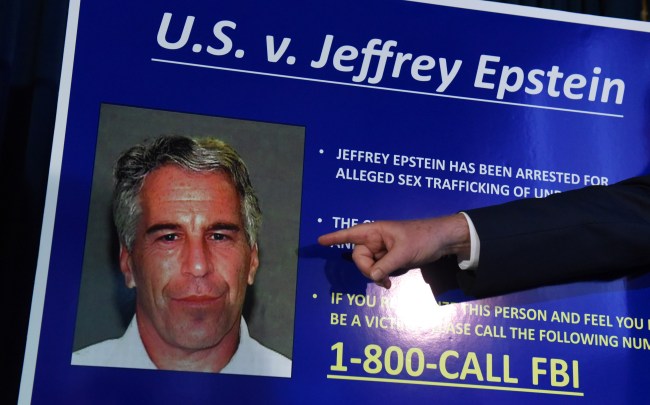 Convicted pedophile Jeffrey Epstein may have died on August 10, 2019, but as we have seen with the recent arrest and arraignment of his longtime confidant Ghislaine Maxwell, the scandal surrounding his crimes is far from over.

On Sunday night, as new twist was added to the story as New Jersey U.S. District Court Judge Esther Salas’ 20-year-old son Daniel Anderl was shot and killed in their family home in North Brunswick, New Jersey after opening the front door to what CNN reports was a “hail of gunfire.”

North Brunswick Mayor Francis Womack stated to ABC News that Anderl died after being “shot through the heart.”

Salas’ husband, Mark Anderl, a criminal defense attorney, was also shot multiple times and was reportedly was in critical condition and had to undergo surgery, but is now in stable condition. Salas, who was reportedly in the basement of the home at when the murder occured, was unharmed.

Law enforcement officials have stated that the man who did the shooting was dressed as a FedEx delivery driver, but it is still unclear if the man actually was an employee of FedEx or just dressed up as one.

“We are aware of the media reports and are fully cooperating with investigating authorities,” Jonathan Lyons, a spokesman for FedEx, said in an email statement to CNN.

Both the US Marshals and FBI are investigating the shooting. Initial reports from law enforcement said Daniel Anderl opened the door with his father right behind him. The door opened to a hail of gunfire and the gunman fled, a law enforcement source told CNN.

“We are looking for one subject,” the FBI said in a statement. “We are working closely with our state and local partners and will provide additional updates when available.”

Four days before the shooting, on July 15, Salas was assigned to preside over a class action lawsuit brought by Deutsche Bank investors, which federal records show was brought because Deutsche Bank allegedly “failed to properly monitor customers that the Bank itself deemed to be high risk, including, among others, the convicted sex offender Jeffrey Epstein.”

Whether the shooting is tied to that case has yet to be determined.

Salas previously had presided over drug-trafficking cases involving members of the Grape Street Crips, sentenced Farad Roland, the leader of the South Side Cartel, “one of Newark’s most violent street gangs,” to 45 years in prison in 2018, and was the judge that sent Real Housewives of New Jersey stars Teresa and Joe Giudice to prison for financial fraud.

A manhunt involving the FBI, New Jersey State Police, the North Brunswick Police and the Middlesex County Prosecutor is currently underway for the gunman.

Sunday night the FBI released a statement saying, “The FBI is investigating a shooting that occurred at the home of Judge Esther Salas in North Brunswick Township, New Jersey earlier this evening, July 19. We are looking for one subject and ask that anyone who thinks they may have relevant information please call FBI Newark at 973-792-3001. We are working closely with our state and local partners and will provide additional updates when available.”