Ghislaine Maxwell Is Secretly Married, Won’t Reveal Name; Asked To Stay In Hotel Instead Of Jail 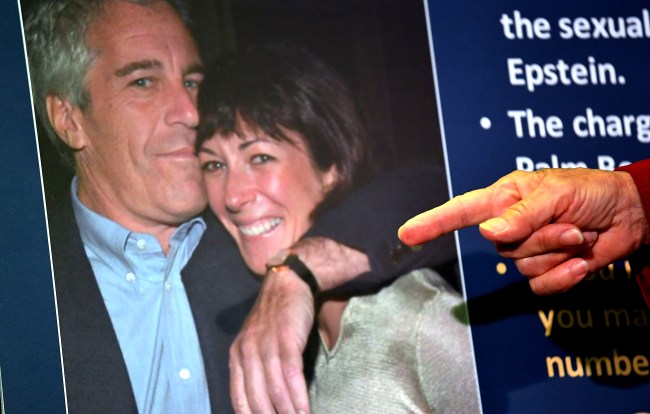 It kind of sucks that we have to wait until at least July 12, 2021 for Jeffrey Epstein confidante Ghislaine Maxwell to go to trial on charges of enticement and conspiracy to entice minors to travel to engage in illegal sex acts, transportation and conspiracy to transport minors with intent to engage in criminal sexual activity, and two counts of perjury.

Because so far, just based on her arraignment and bail hearing, which took place on Tuesday, it is going to be very interesting to see what secrets get revealed as the case progresses.

U.S. District Judge Alison Nathan refused Maxwell’s request for bail on Tuesday after prosecutors cited the fact that she posed as a journalist named Jen Marshall when she purchased the million-dollar 156 acre property in Bradford, New Hampshire where she was arrested as an example of her willingness to use an alias to avoid detection, which in addition to her wealth, made her a flight risk.

Another bombshell revealed during the hearing was the fact that apparently Maxwell is secretly married, reports the New York Post.

“In addition to failing to describe in any way the absence of proposed cosigners of a bond, the defendant also makes no mention whatsoever about the financial circumstances or assets of her spouse whose identity she declined to provide to Pretrial Services,” Assistant U.S. Attorney Alison Moe told the judge.

Maxwell has refused to provide her husband’s name to the court, so Moe added, “There’s no information about who will be co-signing this bond or their assets, and no details whatsoever.”

Other factors in the judge deciding to not grant Maxwell bail are the fact that she has three passports, is a French citizen and France does not extradite its citizens), as well as statements read by Moe from alleged victims, one of which read, “I’ve chosen to implore the court not to grant bond for Ms. Maxwell because I know the truth. I know what she has done. I know how many lives she has ruined. And I know she has nothing to lose, has no remorse and will never admit what she has done.”

Annie Farmer, another alleged victim appeared via video and told the court Maxwell is a “sexual predator who has never showed any remorse.”

“The combination of the seriousness of the crime, the potential length of the sentence, the strength of the government’s case at this stage, the defendant’s foreign connections and the defendant’s substantial financial resources all create both motivation and opportunity to flee,” stated Judge Nathan.

Another shocking moment during the hearing occurred when it was revealed that Maxwell had requested that she be held in a luxury Manhattan hotel instead of a federal prison until her trial date in July 2021.

The request was made by Maxwell’s attorneys over concerns about her contracting coronavirus while in prison as well as due to the numerous death threats she has received.

Maxwell faces up to 35 years in prison if convicted on all charges.