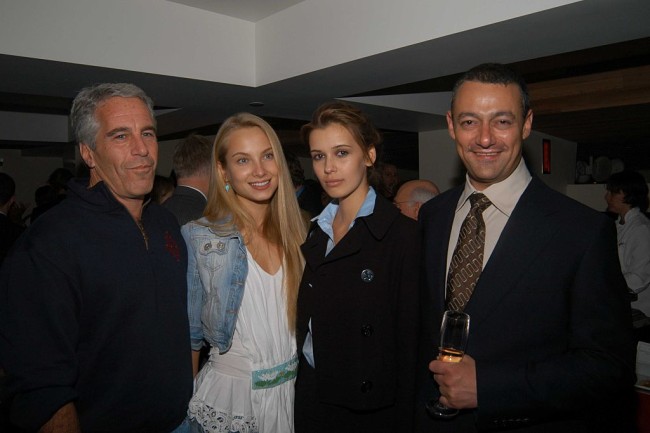 More details have emerged regarding Jeffrey Epstein’s life and the days before his enigmatic death. The day before he died, Epstein called a woman who is believed to be his girlfriend, and she allegedly said that he did not sound suicidal.

Karina Shuliak, a woman in her 30s from Belarus, is reportedly the girlfriend of Jeffrey Epstein, according to the New York Daily News. The couple had been together for four or five years, and she had lived on Epstein’s private island Little Saint James, in the U.S. Virgin Islands.

Shuliak got married in October of 2013 to Jennifer Kalin, one of Epstein’s associates. Karina divorced Kalin in July of 2019, shortly after Jeffrey Epstein was arrested for federal charges of sex trafficking minors. Shuliak is a registered dentist in the state of Florida and California.

She also has her own dental practice in the U.S. Virgin Islands. The address of the dental office is connected to Jeffrey Epstein. The Daily Mail reported that Epstein had a dentist’s chair shipped to his private island in the Caribbean and he also had a dental chair at his mansion in Palm Beach, Florida.

Shuliak studied at Columbia University in New York, and was rumored to fix the teeth of women close to Epstein.

There is an Epstein conspiracy theory that Shuliak married Kalin so that she could secure a US citizenship.

“Jeffrey Epstein’s international sex trafficking ring harmed an incomprehensible number of girls and these sham same-sex marriages served a basic and important purpose for Epstein’s trafficking operation because they enabled Epstein to get citizenship for girls that he wanted to keep in this country without facing a high level of scrutiny in the citizenship process,” said Sigrid McCawley, an attorney representing Epstein victims.

A report from Business Insider, noted that there was “Katlyn Doe, who described a non-United States citizen and recruiter of females for Jeffrey Epstein and said their marriage was designed to ensure the woman would continue to work for Epstein in the US as part of a complex system of individuals for the purpose of harming teenage girls through sexual exploitation, abuse, and trafficking.”

EXCLUSIVE: This is the dentist girlfriend of Jeffrey Epstein who he phoned from prison just … https://t.co/iae44mS3mN via @MailOnline

Epstein allegedly called Karyna Shuliak on August 9, 2019. The very next day, Epstein was found dead in his prison cell at the Metropolitan Correctional Center (MCC) from an alleged suicide by hanging according to the New York City medical examiner. Epstein’s cause of death has been questioned for months following the suspicious circumstances, even by famed forensic pathologist Dr. Michael Baden is a forensic pathologist, who believes Epstein’s injuries are more consistent with murder by strangulation than suicide.

A source told the New York Daily News that Shuliak said Epstein did not sound suicidal at all and she was shocked to find out that he killed himself the next day.

“When she hung up the phone she was not under the impression Epstein was suicidal,” the source said.

“Anyone that he spoke to during that month he was in custody is going to be relevant to why he committed suicide. I want to talk to anyone he had communication with during that time,” said attorney Brad Edwards.

During a hearing in Manhattan Federal Court October, Epstein’s attorney Reid Weingarten also said that Jeffrey “did not see a despairing, despondent, suicidal person” days before his shocking death.

The Daily Mail has photos of Epstein’s girlfriend as far back as 2015, and she is seen leaving Epstein’s $75 million New York City mansion.