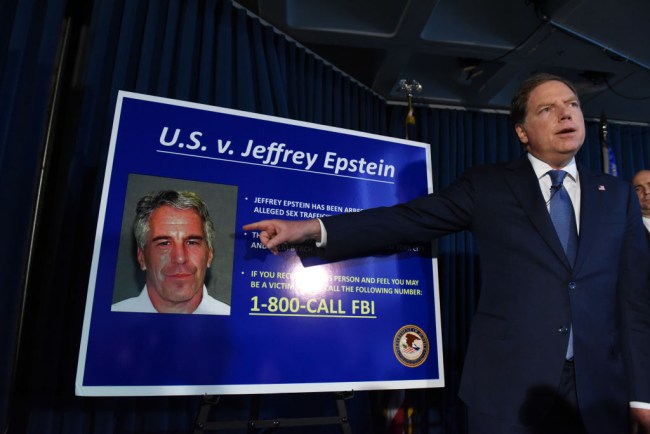 A famed forensic pathologist who has worked on a number of high-profile cases found that the condition of Jeffrey Epstein’s eyes and legs following his death hint that the convicted pedophile was murdered and did not commit suicide.

Dr. Michael Baden is a forensic pathologist known as the host of HBO’s TV show Autopsy, but before that, he was the chief medical examiner of New York City and Chief Forensic Pathologist for the New York State Police where he examined more than 20,000 bodies over 50 years. His incredible experience made him a valuable commodity in several high-profile court cases, including O.J. Simpson, Aaron Hernandez, and Phil Spector. Dr. Baden investigated the assassinations of Martin Luther King Jr. and John F. Kennedy.

Dr. Baden was also hired by Epstein’s brother, Mark Epstein, to investigate the death of Jeffrey. In October, Baden announced his findings from the autopsy of Epstein. In an appearance on Fox & Friends, Baden said that Epstein’s neck injuries aligned more with a homicide from strangulation than suicide via hanging.

“Those three fractures are extremely unusual in suicidal hangings and could occur much more commonly in homicidal strangulation,” Dr. Baden told Fox News.

“The prominent hemorrhage in the soft tissues of the neck next to the fractures is evidence of a fresh neck compression that could have caused the death,” Baden said.

Now, Dr. Baden has voiced his thoughts about Epstein’s eyes and legs that look more like a murder than suicide. In a new interview with Dr. Oz, Baden shares evidence that hints that Epstein didn’t kill himself.

According to Baden, there are “red flags” about Epstein’s autopsy results, including the burst capillaries in his eyes. This condition would suggest manual strangulation. “The blood settles after we die,” Baden said.

“That’s right. No blood coming in or out,” Baden said. “With a manual strangulation, there’s a backup of pressure, and the little capillaries can rupture, and they’re best seen in the eye.”

“It suffocates you; no blood goes up there,” Dr. Oz. states.

Dr. Baden also noted that there was no swelling or purple color in Epstein’s legs. “If you’re hanging, the lividity is on the lower part, on the legs, these would be maroon-purple, front and back, and they aren’t,” the famed forensic pathologist said. You can watch video from the Baden interview on Dr. Oz that has very graphic photos HERE.

“The forensic evidence released so far, including the autopsy, point much more to murder and strangulation than the suicide and suicidal hanging,” Baden explained in Thursday’s Dr. Oz episode. “I hesitate to make a final opinion until all of the evidence is in.”

Epstein was found dead on August 10, 2019, in a prison cell at the Metropolitan Correctional Center (MCC). Oddly, there were no photos taken of Epstein when he was found dead in the prison cell. “There’s no photograph taken of Mr. Epstein in the cell,” Baden said. “That’s a huge issue. What was the position of Epstein when he was found by the guards? Who cut him down? Moving the body from the scene is a serious deviation from proper practice.”

Forensic pathologist Dr. Michael Baden opens up about what he saw at the autopsy of Jeffrey Epstein. pic.twitter.com/iyGofAzC2r

“The initial death certificate was issued at the time of the autopsy, it’s pending further study, getting more information,” Baden said. “Five days later it was changed to hanging suicide, and one of the things the family wishes to know, the estate wishes to know is, what was that additional information that caused them to change it when five months later and the family still doesn’t know what happened to in the first encounter and what happened to him when he was found dead.”