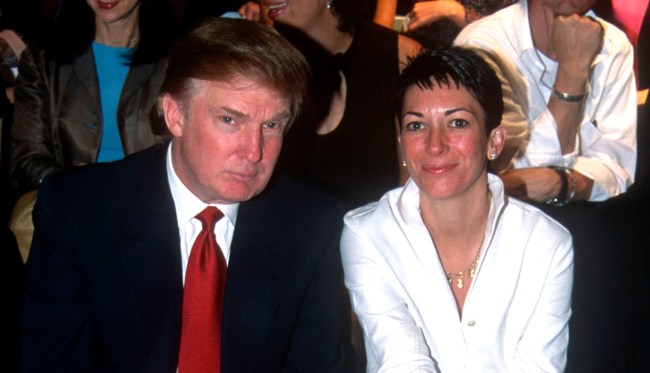 More than 80 “extremely personal” documents related to a 2015 civil lawsuit against Ghislaine Maxwell and Jeffrey Epstein were ordered unsealed by a U.S. District Court judge on Thursday.

The documents, which were ordered to be unsealed by U.S. District Judge Loretta Preska in Manhattan, relate to Maxwell’s deposition as well as correspondence from 2015 between her and Epstein.

The case, which was settled in 2017, was brought by Virginia Roberts Giuffre, who claimed that while she was a 15-year-old minor Epstein sexually abused her and that Maxwell recruited her while she was employed as a locker-room attendant at President Donald Trump’s Mar-a-Lago club, and then later aided Epstein in the abuse.

CNN also reported on Tuesday that when asked by a reporter whether he believes Maxwell, as has been suggested more than once, will reveal the names of the powerful men alleged to have participated in the illegal sex ring with minors, Trump replied, “I don’t know. I haven’t really been following it too much. I just wish her well frankly. I’ve met her numerous times over the years — especially since I lived in Palm Beach. I guess they lived in Palm Beach. But I wish her well. Whatever it is.”

In 2002, Trump told New York Magazine, “I’ve known Jeff for fifteen years. Terrific guy,” adding, “He’s a lot of fun to be with. It is even said that he likes beautiful women as much as I do, and many of them are on the younger side. No doubt about it — Jeffrey enjoys his social life.”

Epstein’s brother Mark told the Washington Post last year that Trump flew on Epstein’s plane “numerous times,” and said, “They were good friends. I know [Trump] is trying to distance himself, but they were.”

Judge Preska, stating why despite the records being released could cause “annoyance or embarrassment” to Maxwell or others, “In the context of this case, especially its allegations of sex trafficking of young girls, the court finds any minor embarrassment or annoyance resulting from Ms. Maxwell’s mostly non-testimony … is far outweighed by the presumption of public access.”

In the civil lawsuits, Maxwell’s lawyers had pushed to keep these records secret, claiming previously “this series of pleadings concerns [attempts] to compel Ms Maxwell to answer intrusive questions about her sex life” that are “extremely personal, confidential and subject to considerable abuse by the media”.

The Manhattan federal court judge ruled on Thursday that they could be unsealed, though Maxwell’s attorneys plan to appeal the decision.

“The court finds that the countervailing interests identified fail to rebut the presumption of public access,” judge Loretta Preska said during a telephone proceeding. “Accordingly, those papers shall be unsealed.”

Preska stated that any personal identifying information contained in the documents, as well as the names of any “non-parties” will be redacted. She gave Maxwell’s legal team one week to file an appeal with regard to the unsealing of the documents.

Portions of the deposition were already unsealed last August, the day before Epstein allegedly killed himself in his jail cell.