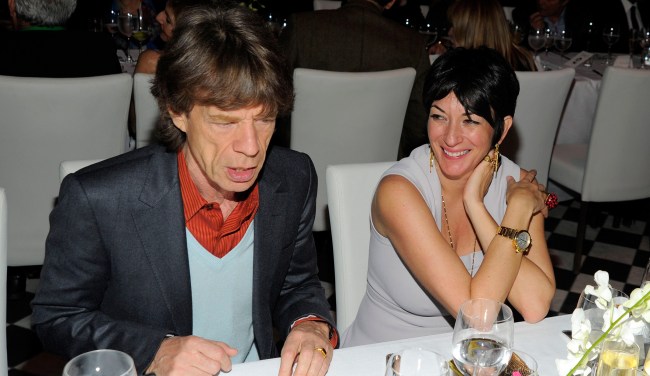 Last week the judge in the proceedings against Jeffrey Epstein’s longtime confidant Ghislaine Maxwell ordered the unsealing and release of “extremely personal” documents related to her case.

On Monday, Maxwell’s lawyers filed a proposed protective order detailing which materials they want to be kept sealed and out of the public record.

Included among the documents her attorneys want kept under wraps, accoding to the New York Post, are what they refer to as “highly confidential” information, including “nude, partially-nude, or otherwise sexualized images, videos, or other depictions of individuals.”

In what could be related news, the Post also reports that court documents state “Maxwell allegedly photographed topless girls as a ‘hobby’ — keeping the snaps with sex toys in Jeffrey Epstein’s Florida mansion.”

DailyMail.com reports Epstein’s former butler, Juan Alessi, said in an unsealed 2016 deposition from the defamation lawsuit brought against Maxwell by accuser Virginia Roberts Giuffre that he was provided cash to pay “probably over 100” girls to massage Epstein and Maxwell and would clean the sex toys that were left in the room following the massages.

“But I find these things, put my gloves on, took it out and rinse it, and put it in Ms. Maxwell’s closet,” he reportedly said.

He also saw a “shiny black costume” in Maxwell’s closet that he believed was used for sex, the Mail said.

Alessi insisted he knew they were Maxwell’s sex toys because he knew where “everything was in that house” as part of his duties.

One such toy found in the trash by undercover cops was a purple “Jelly A**l Wand,” according to a police report also obtained by DailyMail.com.

“This device is commonly used as a sexual toy,” A Palm Beach officer wrote in the 2005 report, the site said.

On Tuesday, Federal Judge Loretta Preska ordered the release of documents related to a seven-hour, 418-page deposition Maxwell gave as part of the lawsuit filed against her in 2015 by Giuffre.