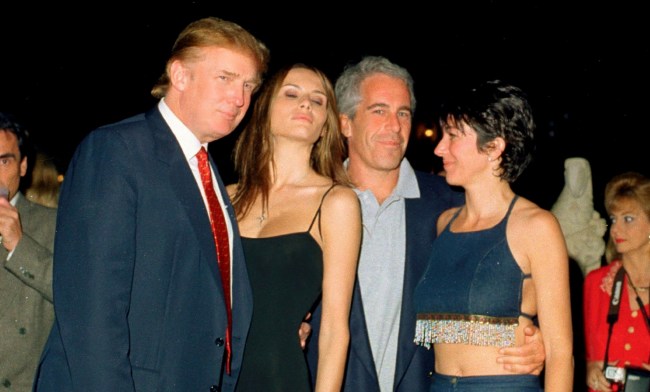 Maxwell’s attorneys tried this week to block the release of the documents after U.S. District Judge Loretta Preska ordered them unsealed last week, claiming they contained “highly confidential” information, including “nude, partially-nude, or otherwise sexualized images, videos, or other depictions of individuals.”

Also in the deposition, Giuffre states, “Ghislaine Maxwell [is] the one who abused me on a regular basis. She’s the one that procured me, told me what to do, trained me as a sex slave, abused me physically, abused me mentally. She’s the one who I believe, in my heart of hearts, deserves to come forward and have justice happen to her more than anybody.”

The documents also contained an email exchange between Epstein and Maxwell dated January 25, 2015 in which the disgraced financier and convicted sex offender told Maxwell, “You have done nothing wrong and i woudl [sic] urge you to start acting like it. go outside, head high, not as an esacping [sic] convict. go to parties. deal with it.”

Another email from Epstein to Maxwell, dated January 21, 2015, contained a statement Epstein provided to help Maxwell try and clear her name in the case.

I have never been a party in any criminal action pertaining to JE.

At the time of Jeffrey’s plea I was in a very long-term committed relationship with another man and no longer working with Jeffrey. Whilst I remained on friendly terms with him up until his plea, I have had limited contact since.

Earlier this month, Maxwell’s attorneys claimed that she had not been in contact with Epstein for over a decade prior his death in 2019.

In another email between Maxwell and Esptein, dated January 24, 2015, she writes, “I would appreciate it if shelley would come out and say she was your g’friend – I think she was from end 99 to 2002.”

The BBC reports that two additional documents, a deposition related to Maxwell’s sex life and one other deposition, have been temporarily blocked from being unsealed, but could be released on Monday.

Maxwell’s trial is scheduled to begin on July 12, 2021. She has been charged with charges of enticement and conspiracy to entice minors to travel to engage in illegal sex acts, transportation and conspiracy to transport minors with intent to engage in criminal sexual activity, and two counts of perjury, and faces up to 35 years in prison if convicted on all charges.