Ghislaine Maxwell Asks Judge To Redact Testimony Involving The Use Of Toys, Three-Ways 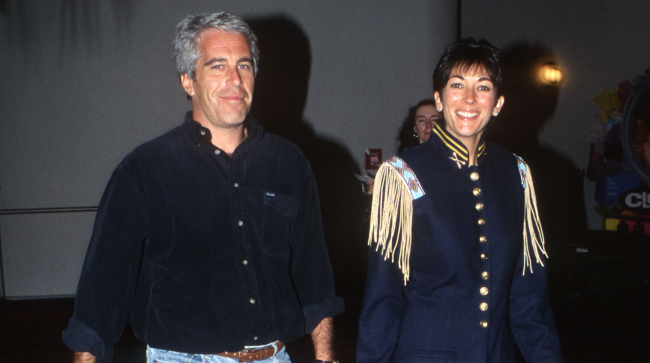 Facing the 2.7 MILLION pages of evidence that has been submitted to the court by prosecutors in the sex trafficking and conspiracy case of longtime Jeffrey Epstein associate Ghislaine Maxwell, her lawyers are trying to ensure that certain information does not make it into her trial.

Maxwell has already been defeated in her efforts to have stop the unsealing of a wild 465-page deposition from a defamation case brought against Maxwell by alleged Epstein victim Virginia Guiffre née Roberts.

Her attorneys attempted to keep those documents sealed due to what they claimed was “highly confidential information” and of an “extremely personal” nature.

This week, Maxwell’s lawyers are once again seeking to block portions of various testimony from being revealed.

“Ms. Maxwell proposes only those redactions ‘narrowly tailored’ to preserve her privacy interest in her intimate, consensual adult sexual activities.”

Maxwell’s attorneys also claim that this testimony was obtained illegally by prosecutors – something they have claimed numerous times in their efforts to have evidence thrown out of court.

Incredibly, the socialite’s attorneys are using a comparison of victims’ of her and Epstein’s alleged crimes remaining anonymous in court to Maxwell’s request for similar privacy.

“Ms. Maxwell’s privacy rights to her zealously guarded intimate sexual affairs deserve at least as much protection as third-parties who have chosen at every turn to publicize their salacious allegations,” her lawyers wrote.

Maxwell attorney David Oscar Markus noted the feds say their case rests on the testimony of women, whose credible claims are backed up by documentation and other witnesses. But when Maxwell says the conditions of her confinement in the Metropolitan Detention Center are akin to torture, prosecutors say she can’t be believed, he complained.

“The Government professes to believe women, but only when those women are on their side, despite their inconsistent and self-contradictory statements about old, uncorroborated allegations,” Markus wrote in a filing with the 2nd Circuit Court of Appeals. “When it is Ms. Maxwell who has been abused, the Government wants to believe only the abusers who say they did no such thing and without watching the actual video. It seems like the only rule is to get Ms. Maxwell at all costs.”

Her lawyers have continually complained about Maxwell’s living conditions while in jail, claims that have been refuted by the Federal Bureau of Prisons in Brooklyn.

Manhattan Federal Judge Alison Nathan has already denied Maxwell’s attempts to be moved out of jail and into home confinement three times.