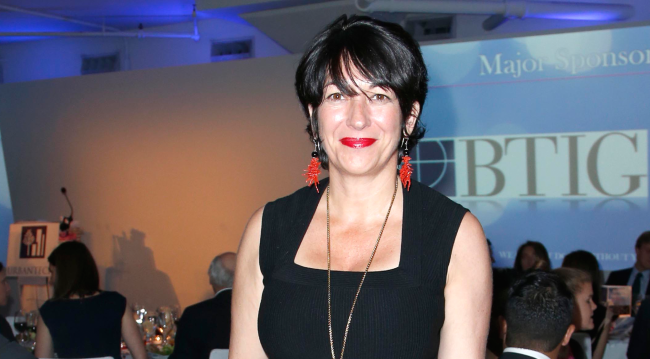 A new court filing by the prosecutors in multiple count trafficking case against Ghislaine Maxwell has revealed 2.7 million pages of evidence have been disclosed to her attorneys.

A letter by U.S. attorney Audrey Strauss, obtained by Newsweek, addresses a subpoena made by Maxwell’s lawyers, Boies Schiller Flexner (BSF), which asked for the disclosure of personal information from alleged victims.

Strauss writes, “As noted above, the BSF subpoena appears to call for a substantial amount of sensitive personal information about victims.

“For instance, according to the letter from BSF, the subpoena to BSF requests the ‘original, complete copy’ of a victim’s diary.

“To the extent the defendant has obtained or will obtain sensitive information about victims or witnesses, it should be treated as ‘confidential’ under the protective order much like other such information in this case.”

Back in November, Maxwell’s attorneys complained to the court that the 1.2 million discovery documents they had received at the time did not give Maxwell enough time “to review and prepare the defense of her life” prior to her scheduled trial.

Also revealed in a letter filed in Manhattan federal court on Tuesday are claims by the prosecution that Maxwell is not cleaning her cell and is making the cell block stink.

“MDC staff directed the defendant to clean her cell because it had become very dirty,” the letter states. “Among other things, MDC staff noted that the defendant frequently did not flush her toilet after using it, which caused the cell to smell.”

The response also stated that after reviewing camera footage the searches of Maxwell being conducted by prison staff were “conducted appropriately and the defendant’s complaint about that incident was unfounded.”

The letter was filed in response to Maxwell’s claim that she has been “physically abused” by correctional officers while in the Brooklyn jail.

In that complaint, Maxwell’s attorney Bobbi Sternheim wrote, “The overall conditions of detention have had a detrimental impact on Ms. Maxwell’s health and overall well-being; and she is withering to a shell of her former self — losing weight, losing hair and losing her ability to concentrate.”

Prosecutors also disputed those claims, saying Maxwell has not lost a significant amount of weight and, in fact, has now been vaccinated against COVID-19.