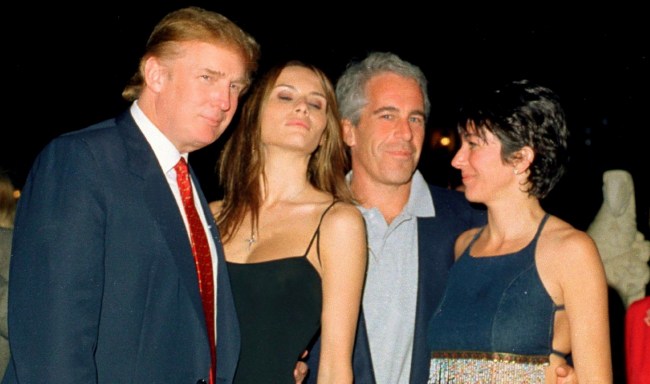 Ghislaine Maxwell, the longtime confidante and alleged madam for late convicted sex offender Jeffrey Epstein, claims she was “physically abused” by a correctional officer during a pat-down in federal jail.

Maxwell, who requested during her initial hearing that she be held in a luxury Manhattan hotel instead of a federal prison until her trial date in July 2021, has reportedly been fearful of contracting coronavirus and being assassinated while incarcerated due to numerous death threats.

On Tuesday, Maxwell’s attorney Bobbi Sternheim submitted a letter to Manhattan Federal Court in which she claims the British socialite is subjected to four or five searches daily and has been “physically abused,” reports the New York Daily News.

“Recently, out of view of the security camera, Ms. Maxwell was placed in her isolation cell and physically abused during a pat-down search,” Sternheim wrote. “When she asked that the camera be used to capture the occurrence, a guard replied ‘no.’ When Ms. Maxwell recoiled in pain and when she said she would report the mistreatment, she was threatened with disciplinary action.

“Ms. Maxwell was the subject of further retaliation for reporting the abuse: a guard ordered Ms. Maxwell into a shower to clean, sanitize, and scrub the walls with a broom. Ms. Maxwell’s request to have the camera record the guard alone with her in the confined space was again denied.”

Sternheim also complained about the measures being taken to prevent Maxwell from committing suicide, as Epstein allegedly did. She states that a guard shines a flashlight into Maxwell’s cell in isolation every 15 minutes while she sleeps to make sure she’s alive.

“It is hard to verbally convey the power of a light that bounces off a concrete ceiling in a 6-by-9-foot concrete box into Ms. Maxwell’s eyes, disrupting her sleep and ability to have any restful night. The attenuating effects of sleep deprivation are well documented,” Sternheim wrote.

Maxwell has also, according to Sternheim, been served inedible food and water that is brown and “clouded with heavy particulates.”

Sternheim wrote, “The overall conditions of detention have had a detrimental impact on Ms. Maxwell’s health and overall well-being; and she is withering to a shell of her former self — losing weight, losing hair and losing her ability to concentrate.

“Having been incarcerated in de facto solitary confinement for 225 days and monitored by two to six guards 24 hours a day with a handheld camera dedicated to capturing her every move, except when it would record improper conduct on the part of the guards, it is not surprising that Ms. Maxwell feels she is detained under the control of the Bureau of ‘Pretrial Punishment’.”

Perhaps the most outlandish statement from Sternheim, however, was this: “Ms. Maxwell continues to be at the mercy of a revolving group of security officers who are used to guarding hundreds of inmates but now focus their undivided attention exclusively on one respectful, middle-aged female pretrial detainee.”

So how sorry do you feel for Ghislaine Maxwell? Let us know in the comments below!