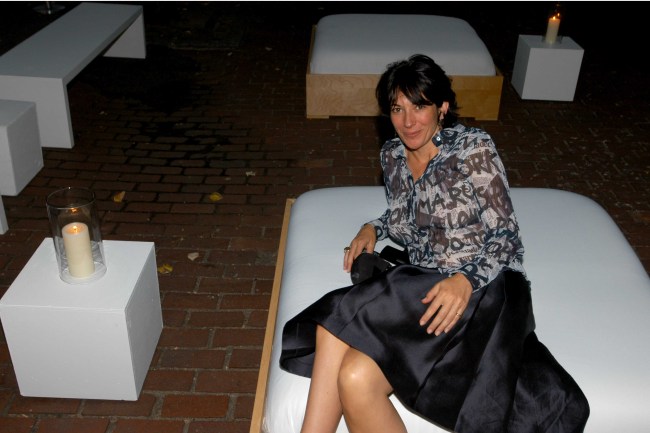 When authorities scooped her up last summer, Ghislaine Maxwell was hiding out in a cushy New Hampshire home on a 156-acre estate that she bought for $1.07 million via an anonymous LLC, all-cash.

Soooo you’re living rent-free on the waterfront in Brooklyn, with your own room, and you’re whining about the overwhelming stench of feces and vermin doogies? Entitlement dies hard, I guess.

The filing also alleges “hyper-surveillance” from the tyrannical guards, depriving Maxwell and her lawyers of water during a four-hour meeting on Sunday, and providing faulty computer equipment for video conferences between her and the legal team.

Maxwell’s latest allegations fall on the heels of claiming that she’s being tortured by staff at MDC, who allegedly shine a light into her cell every 15 minutes overnight to make sure she is breathing, according to the NY Daily News.

At the end of the letter, according to the NY Post, Sternheim included a transcript of a recent sentencing in an unrelated case, in which Manhattan federal Judge Colleen McMahon lambasted the conditions of the prison and claimed it’s “run by morons.”

“[T]here is no excuse for the conditions in those two institutions … [Detainees] shouldn’t suffer for the incompetence of the United States Department of Justice and its subsidiary agency, the Bureau of Prisons,” McMahon said at the sentencing of convicted drug dealer Tiffany Days.

At the time of this writing, Maxwell’s trial on charges of procuring four underage girls for Epstein to sexually abuse, is slated for November. If convicted, she faces 80 years in prison.