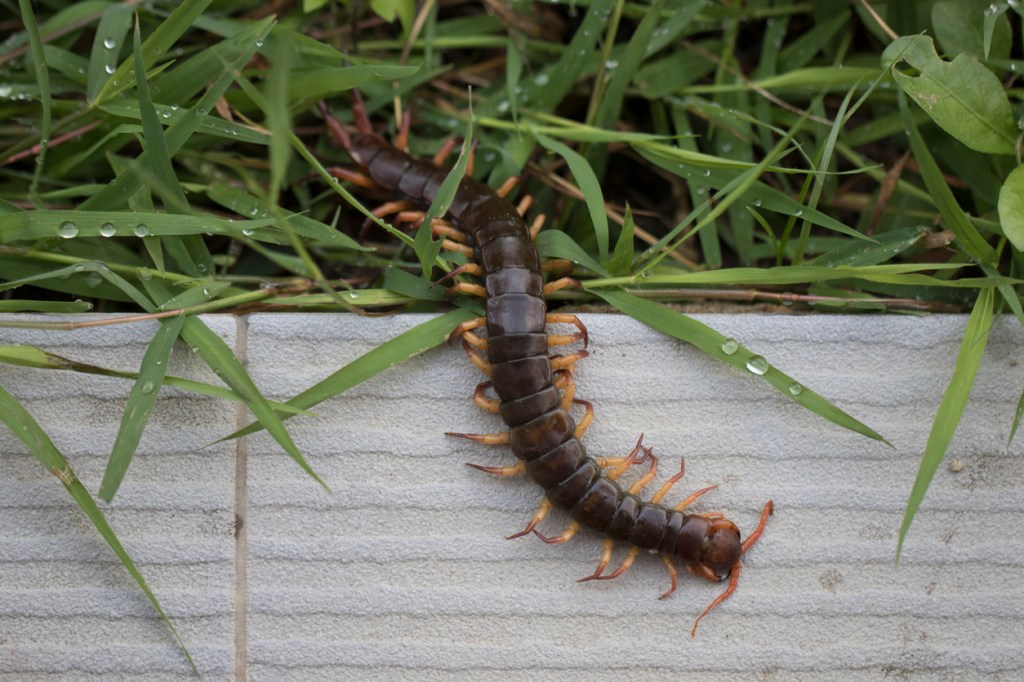 To outsiders like myself, Australia seems to be a place where every street corner has some deadly animal just waiting to ruin your whole life. I’d imagine many Australians feel the same way about Florida and a lot of the perception is formed by how the media covers the two places. But the list of terrifying critters in Australia is endless.

Scientists recently discovered that a particularly ‘ferocious’ giant centipede species that grows up to a foot long on a remote Australian island is eating birds. They’re eating lots and lots of birds. We’re talking thousands of birds.

Phillip Island is located 870 miles to the east of Australia, according to Science Alert, and these centipedes pretty much rule the island according to reports. They wait for the Black-winged petrel chicks to rest and strike with their paralysis-inducing poison. These birds burrow in the ground which makes them easy targets for the gigantic centipedes.

If you came here to see what it looks like in action, well, I won’t leave you hanging. I’d suggest maybe watching this video on mute though because the birds chirping in the background make it more disturbing than expected.

According to the Science Alert report, the team of field researchers on Phillip Island tracked these carnivorous centipedes for 132 hours. They primarily hunt at night which seems like an obviously easier time for them to snipe the chicks.

I found this portion pretty interesting about how they spin this circle of life as a good thing for the island that was previously wrecked by pigs before they were exterminated:

Skin-crawling though it may be, the centipedes’ voracious appetite is actually vital for the island’s ecosystem, bringing nutrients from the sea (where the petrels hunt for their food) onto land, making the centipedes vital to the regrowth of vegetation on the island – which was widely destroyed when humans transformed the island into a penal colony in 1788, introducing pigs, goats and rabbits that ravaged its foliage. (via SA)

Leave it to the scientists to spin “horrifying giant centipedes eating baby birds” as a good thing but here we are. I vaguely recall reading about this island a few years ago but I can’t for the life of me remember why.

The full study was published in The American Naturalist journal earlier this month. If you’re interested in reading the in-depth findings you can click that link and read all about it there!