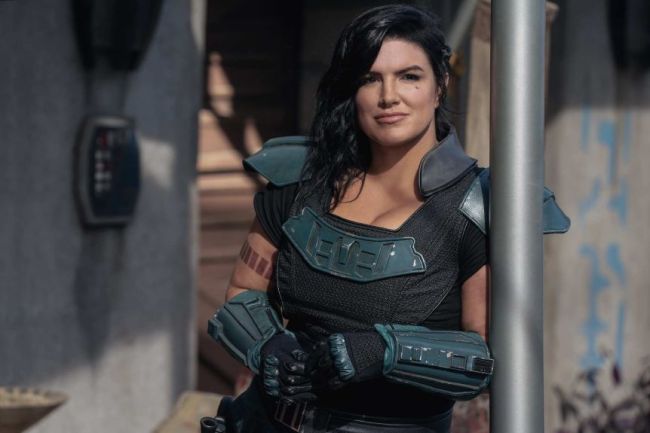 After previously planning to give Gina Carano her own Star Wars series based on her fan-favorite Cara Dune character, Disney ultimately fired the former mixed martial artist earlier this year after she compared being a Republican in 2021’s America to being a Jewish person in Nazi Germany.

Carano, who signed a production deal with The Daily Wire following her firing from Disney, recently sat down with the website to discuss all things The Mandalorian, including her co-star Pedro Pascal.

In addition to her surprisingly positive comments about Pascal, Carano also spoke about how she was treated by her former employer, accusing the Mouse House of “bullying” her:

“I’ve been through so much, and I’ve seen so much now, clearly, of the bullying that’s been taking place, and I saw it before,” she said. “I’m not the only one that’s ever been bullied by this company, and I know that so deeply.”

As for where Carano’s career is headed from here, the 38-year-old is partnering with Sharpiro’s The Daily Wire to produce and star in an upcoming film.

“The Daily Wire is helping make one of my dreams — to develop and produce my own film — come true. I cried out and my prayer was answered,” Carano said in a statement following the announcement of the deal. “I am sending out a direct message of hope to everyone living in fear of cancellation by the totalitarian mob. I have only just begun using my voice which is now freer than ever before, and I hope it inspires others to do the same. They can’t cancel us if we don’t let them.”