Surprise, Surprise: The ‘Knives Out’ Sequel Also Rules, Some Critics Think It’s Better Than The Original 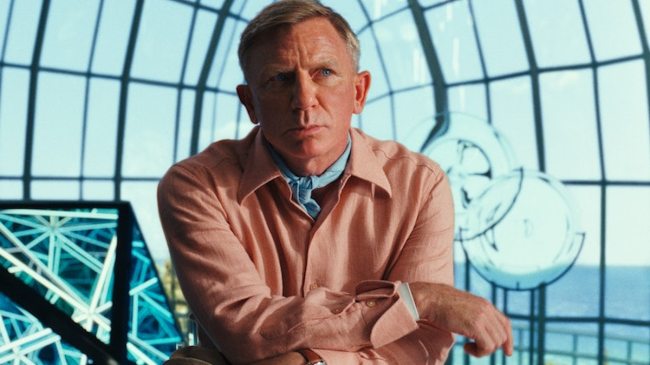 Following its premiere at the Toronto International Film Festival, the first reviews for Glass Onion — the sequel to 2019’s hit who-dun-it Knives Out — have begun to hit the internet and some critics have been left wondering if it’s actually better than the original.

After the first Knives Out grossed over $310 million at the global box office (against a $40 million budget), Netflix forked over about $450 million to Lionsgate to acquire the rights to the sequel (Glass Onion) and an eventual third film in the series, which will also see Daniel Craig return.

Luckily for fans of Rian Johnson’s zany mystery franchise, the move from Lionsgate to Netflix hasn’t seemed to harm the franchise’s quality, as the first reviews for the upcoming sequel Glass Onion seem to indicate that the film has maintained if not improved the charm and fun of Knives Out.

The first reviews for Glass Onion are largely excellent, with some critics believing that it surpasses the original Knives Out

“Glass Onion is bigger and more precisely designed than Knives Out, but what makes it a more satisfying movie is that it sits with its characters more rather than immediately showing off their decay,” said Vulture critic Alison Willmore.

“Is Glass Onion a better movie than the first Knives Out? Not necessarily. But it’s a bigger, showier, even more elaborately multi-faceted shell-game mystery,” said Owen Gleiberman over at Variety.

“Johnson’s more extravagant and often indulgent sequel will likely find those who prefer it to the original, it’s so stuffed with so much that it’ll surely prove more fun to those who appreciate getting more bang for their buck,” says The Guardian.

“Johnson needn’t worry about a sophomore slump, because while “Glass Onion” holds some resemblance to his 2019 smash hit (stacked casts, lavish locations, Daniel Craig having the time of his goddamn life), this sequel is zippily and zanily its own thrill ride, and Johnson can’t churn these babies out fast enough,” praised IndieWire’s Kate Erbland.

“This picture offers more action, more delicious comeuppances, more daring design and a few genuinely surprising cameos just for good measure. Yet it doesn’t suffer from the usual “give ’em the same thing, but more of it” bloat common in sequels to surprise hits. Its ensemble is more varied than Knives‘, and its critique of the clueless rich more relevant to our age,” reports THR’s John DeFore.

At this time, it is unclear when Johnson — who is also developing the Natasha Lyonne-starring series Poker Face for Peacock — will begin writing the third film.

RELATED: ‘The Last Jedi’ Director Confirms His Original ‘Star Wars’ Trilogy Is Still In The Works