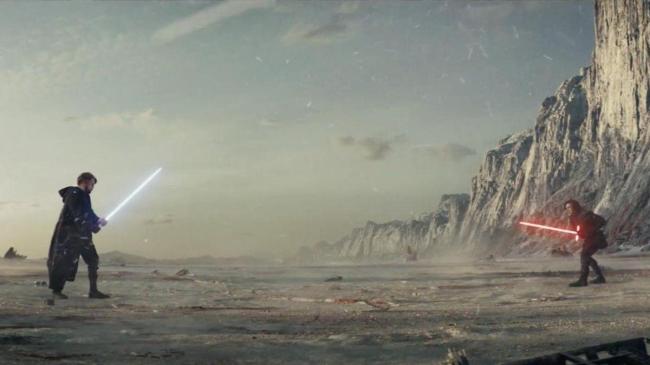 Until the absolute pop cultural atrocity that was 2019’s Star Wars: The Rise of Skywalker, there’s no doubt that Rian Johnson’s 2017 entry in the iconic franchise — Star Wars: The Last Jedi — was the most divisive film to be released under the Disney regime.

Take its truly bizarre Rotten Tomatoes page, for example, where it boasts a 91% critics score and a 42% audience score. Usually, when a movie has a disparity in its Rotten Tomatoes scores, it’s in the *other* direction.

I, however, firmly find myself in the camp that believes outside of Rogue One (perhaps the best Star Wars film ever made), The Last Jedi is the best cinematic offering that the Star Wars franchise has produced since the Mouse House acquired Lucasfilm back in 2012.

As a result of that appreciation for The Last Jedi — which has a third act that hits all the heights you expect from a thrilling Star Wars film — I’d happily check out director Rian Johnson’s original trilogy, if and when it ever comes to fruition.

While updates on the unique trilogy have been sparse since the project was announced a few years ago, Johnson recently confirmed that the films are still in the works and that it’s something he still hopes to pursue.

“I’ve stayed close to Kathleen [Kennedy] and we get together often and talk about it,” Johnson told Empire Magazine while promoting his upcoming film Glass Onion: A Knives Out Mystery.

“It’s just at this point a matter of schedule and when it can happen. It would break my heart if I were finished [with Star Wars], if I couldn’t get back in that sandbox at some point.”

Johnson’s comments simply highlight just how murky the future of the cinematic portion of the Star Wars universe is, certainly when compared to its upcoming Disney+ offerings.

RELATED: Disney Officially Takes Things Too Far, Is Charging $5000 For A Single Star Wars Drink On Their Cruise Ship