Disney Officially Takes Things Too Far, Is Charging $5000 For A Single Star Wars Drink On Their Cruise Ship 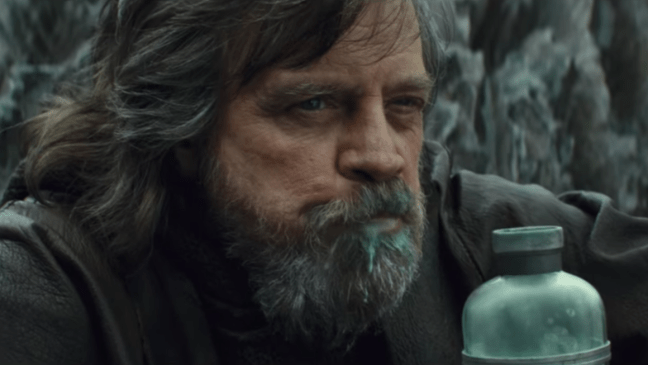 One of the benefits of having kids — which I do not have yet — is that they allow you to do low-key childhood stuff that you wouldn’t be able to do otherwise.

Taking a trip to Disney, for example: if you do so alone or with your significant other, you’re a Disney Adult (which comes with a generally negative connotation, sorry Disney Adults), but if you take a trip with your kids, you’re simply a good parent. Like that new Avengers park that Disney has — would I love to check it out? Absolutely! But will I be doing so on my own? Absolutely not!

All that said, even if I one day father a trio of Star Wars-loving lads and lasses, I will never, ever be caught dead paying $5,000 for a singular drink, which is apparently an actual thing that’s being sold on Disney’s new cruise.

The cocktail is called the Kaiburr Crystal — these are the stones that power Lightsabers in the Star Wars universe — and is simply described as being “the galaxy’s rarest and most valuable cocktail.”

A $5000 Star Wars cocktail drink will be available on the new Disney cruise ship. pic.twitter.com/RX9yesr4Rw

The most expensive drink in the galaxy. The Star Wars Hyperspace Lounge on the Disney Wish has a $5,000 Kaiburr Crystal drink. pic.twitter.com/ZcUp3yt0RI

To paraphrase Jordan Belfort’s dad in The Wolf of Wall Street, does the drink cure cancer?

The worst part is, given the overwhelming enthusiasm of Disney, and Star Wars, that courses through that ship, the Mouse House will likely sell enough of these cocktails to justify their continued sale.