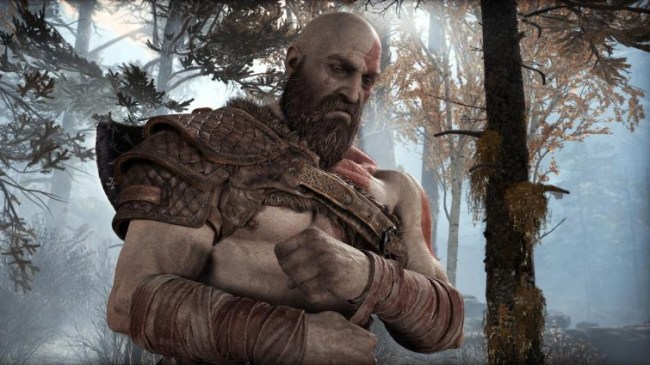 The first trailer for God of War was released in the summer and since then we’ve gotten very few new details, until today. A new storyline trailer for the fourth God of War was released as well as the release date. Protagonist and antihero Kratos finds himself in a whole new and cold world. In this latest installment of God of War, Kratos will try to guide his son as he takes a journey that is based on Norse mythology.

The story trailer features plenty of monsters and creatures await Kratos and his archer son Atreus. The official synopsis: “From Santa Monica Studio and creative director Cory Barlog comes a new beginning for God of War. Living as a man outside the shadow of the gods, Kratos must adapt to unfamiliar lands, unexpected threats, and a second chance at being a father. Together with his son Atreus, the pair will venture into the brutal Norse wilds and fight to fulfill a deeply personal quest.”