The First Critic Reactions To ‘Godzilla vs. Kong’ Are Here 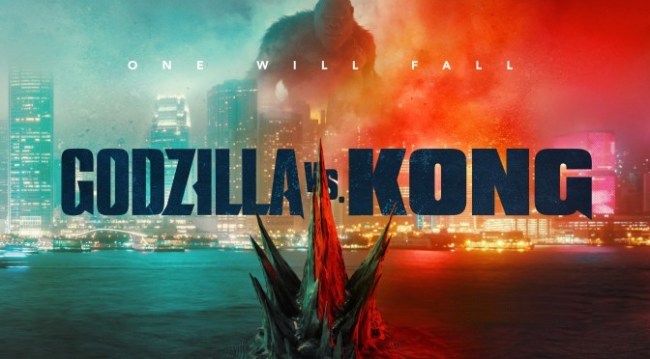 After 2020 robbed us of essentially any and all blockbuster entertainment (and far more important things, frankly), we’re on the verge of reaching the true return of the movie industry, as the coming months will see the release of tons of massive films — most of which were originally scheduled to drop in 2020.

One of those movies is Warner Bros’ Godzilla vs. Kong, the culmination of their “Monsterverse” franchise that began with 2014’s Godzilla and continued with Kong: Skull Island and Godzilla: King of the Monsters.

With the film set to be released in just over a week, the first critical reactions have begun to hit social media, and in general, critics seem to think that while some of the human-related plot points might not work, the explosive set pieces between the two iconic titans absolutely do, and really, that’s why we tune into these movies: for the action.

Full review coming later but I can confirm that #GodzillaVsKong is truly everything fans could want from this movie & so much more. I had a big dumb smile on my face the whole time & every frame feels like a work of art. Wingard has created something very special here. pic.twitter.com/FiRf5r5AEo

The human parts are still bafflingly bad, but the parts where one giant monster wallops the other giant monster in the face are incredibly good

watched #Godzilla fight #Kong for the first time in my living room and while I have a decent set up this movie demands to be seen on the biggest screen possible. If you can find a theater you feel safe to visit def see this on a movie screen. pic.twitter.com/79GgsT7C8r

As expected – and probably as it should be – the titan fights are the best parts of #GodzillaVsKong . Adam Wingard definitely has the eye to make the most of those moments! Still don't think they've nailed how to incorporate human characters, but the top-notch ensemble helps. pic.twitter.com/ttpmNJOElo

Godzilla vs. Kong has excellent action and effects. The story is crazy ambitious and at times achieves some unique sci-fi-coolness. I’d watch it again for that stuff but most of the human angles are so overstuffed, illogical and pointless, it constantly took me out of it.

I absolutely hated the prior Godzilla movie. So here’s the utmost praise I can give a movie like GODZILLA V. KONG: it is a coherent movie with daytime fights and I could always see what was going on. I truly mean that as a compliment.

I watched #GodzillaVsKong on a big IMAX screen and it was AWESOME. The movie is a blast. It’s like Fast & Furious but with giant monsters.

It’s exactly what I wanted it to be. Giant fights and they’re just SO MUCH FUN to watch. It’s a big, ridiculous, awesome movie. pic.twitter.com/v6e9hpWqd0

Here’s the official synopsis of Godzilla vs. Kong, via Warner Bros.:

Legends collide in “Godzilla vs. Kong” as these mythic adversaries meet in a spectacular battle for the ages, with the fate of the world hanging in the balance. Kong and his protectors undertake a perilous journey to find his true home, and with them is Jia, a young orphaned girl with whom he has formed a unique and powerful bond. But they unexpectedly find themselves in the path of an enraged Godzilla, cutting a swath of destruction across the globe. The epic clash between the two titans—instigated by unseen forces—is only the beginning of the mystery that lies deep within the core of the Earth.