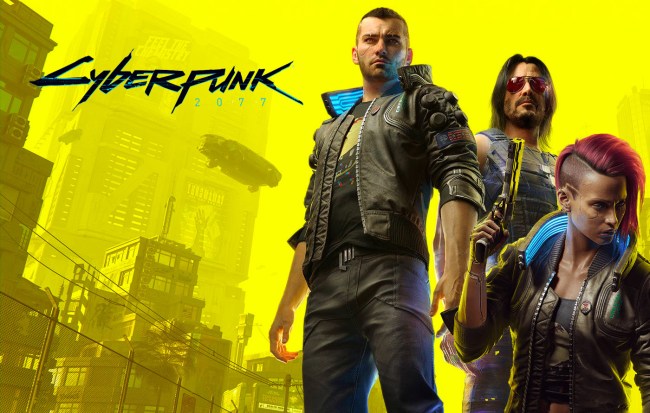 As is the case with every new video game that tries to take things to the next level, there are a number of glitches in the popular Cyberpunk 2077.

For example, according to one gamer on the the Steam forums, “If you commit any crime, even punching a random person alone in an alley, police officers materialize around you immediately. They literally just appear 4-5 feet away.”

This has been one of the most common glitch complaints (if it even is a glitch) on social media since the launch of Cyberpunk 2077.

So police are the dumbest thing ever in cyberpunk 2077

u can be in the middle of nowhere and if u do a crime, the police actually spawn right infront of u and insta kill u

Cops and drones spawn out of nowhere on Cyberpunk 😂😭

And while, yes, that is certainly annoying, the reactions to that issue in the game are nothing compared to the glitch that simply will not keep their character’s dong inside their pants.

Before you ask, no, this is not something that’s a customizable option (even though you do have the ability to customize the shape and size of your character’s junk).

WARNING: If you click the links to the images below you will be subjected to a bunch of virtal dongs.

The reactions are priceless.

#cyberpunk2077 @CyberpunkGame noticed a glitch where female penis does not stay in pants in inventory screen. Or is it a feature? 🤔 pic.twitter.com/1dmlyL6JcI

There is also apparently a glitch that also makes females’ breasts bust through their shirts.

Again, one has to assume that was not quite what the developers intended. Not that anyone seems to terribly mind.

So far, the game’s developer, CD Projekt Red, has not commented on this glitch, as far as I know.

Will never progress in Cyberpunk 2077 because I can't stop watching every single driver slowly crash into this one barricade and then yell at me about it pic.twitter.com/AqE5wbCsvT

idk, let's go for a drive (there are no cuts in this video) pic.twitter.com/W6jSsoeBU2

I fully understand that this is a massive game and it had to be a REAL challenge to port it for the 2013 consoles, but I hope the people who criticized DP2 and HW AoC because it's framerate, criticise this game too. pic.twitter.com/mva6cssd12

I knew Cyberpunk 2077 was going to be glitchy but I did not expect my entire game to be covered with tiny trees pic.twitter.com/YGpHYUTUTS