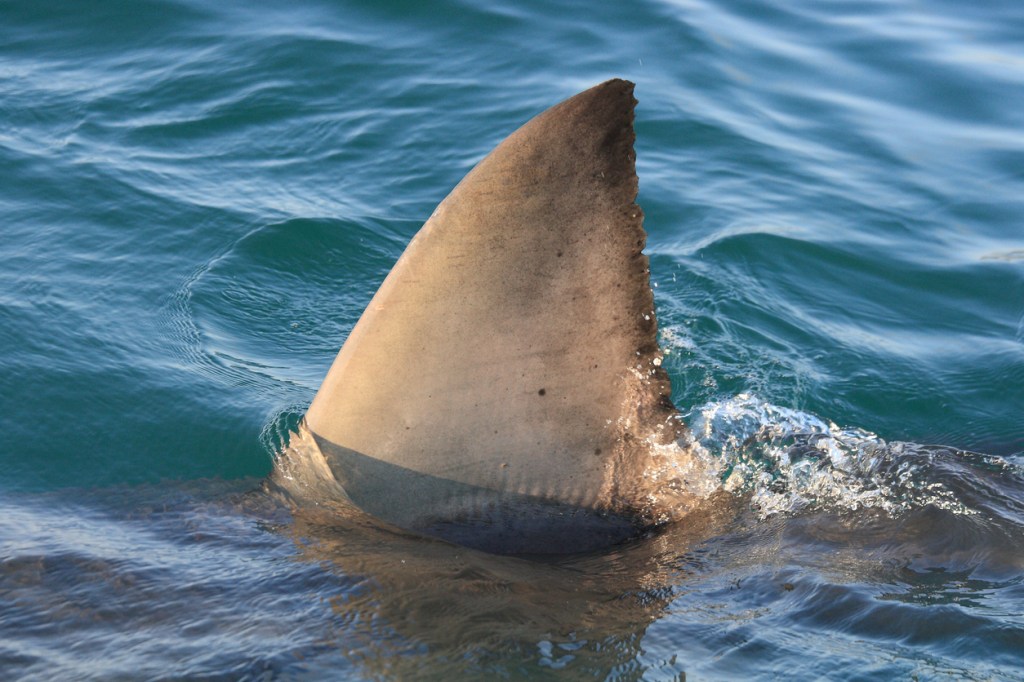 A wild clip from a family fishing trip off of the North Island in New Zealand shows that you can never be sure what’s lurking below when you’re out in the ocean. To be clear, the family was never in danger and I’m not implying they should’ve been concerned that a Great White Shark was about to jump just a few feet away from them. What I’m saying is, expect the unexpected.

Jason Grabb was captaining the boat during the family fishing trip. They weren’t out there looking for Great White Sharks but they certainly found one. And lucky for us, he had a GoPro running and it captured the moment the huge shark exploded out of the water while they were trolling for fish.

According to Jason Bragg, they had some indication that something was about to happen. They just didn’t know it was a Great White Shark. Jason Bragg told the New Zealand Herald that his nephew Andre’s baits/lures behind the boat had attracted something big and they’d spotted it on the boat’s fish finger.

Jason said “I looked over at my fish finder, and I said, ‘Get ready guys, here it comes,’ not knowing it was going to be a great white. We all saw it just come out, teeth and everything. It rolled over and came crashing down in the water and then it was all over in seconds.” Check out the video(s) below!

Here is the full video captured on Jason Bragg’s GoPro from the family fishing trip. The Great White Shark can be seen jumping right at the 15-second mark. I’ve also included an edited version of the video below which repeatedly shows the shark jumping out of the water.

And here is that edited video with the Great White Shark repeatedly jumping:

If you pause that original video at the 0:16 mark you can really get a sense of how high the estimated 10-foot Great White Shark exploded out of the water. Look at the gap between the enormous Great White and the water, and then compare that to the estimate from a Department of Conservation scientist that said the shark measured around 3 meters or 9.8 feet in length.

There are no reports of what the family caught on their fishing trip just off of New Zealand’s North Island. But I’m assuming they were fishing in the right spot if an apex predator was in the area. If there are sharks around that means there are fish for them to eat in the area. That region is known for bluefin tuna fishing but I’m not sure what time of the year their season goes off.

If you enjoyed that video above, you’ll dig this one below.

Angler Nick Morris was fishing 15 miles off Waikiki in Honolulu County, Hawaii. He was reeling in a 100-pound Yellowfin Tuna, known locally as Ahi. And he nearly had the large tuna into the boat when a massive shadow emerged.

It was a Great White Shark the size of a Volkswagon Bus and the shark helped itself to an easy meal. Unfortunately for Nick Morris, he had his hand on the fishing line already as the tuna was nearly into the boat and the shark pulling down with all its force royally messed his hand up. He showed off the damage to his hand to local news in the feature above and managed to catch most of the action on film.