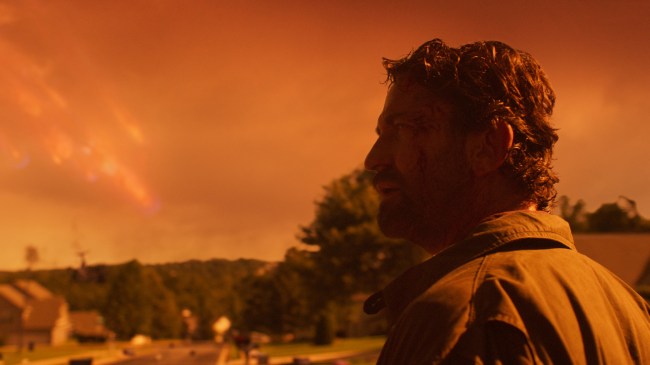 Literally just this morning, I was writing about how disgusted I am over the fact that Universal Pictures is reportedly rebooting Twister. Twister, of all movie! As I argued in the article, while I’m not necessarily as anti-reboot as the rest of the general movie-going audience, somethings deserve to remain untouched, and Twister — perhaps the epitome of 90s disaster movies, that or Armageddon, of course — is one of those films.

That said, while I’m not for a reboot of Twister, I’d certainly be all-in on a rebirth of 90s mid-budget action-adventure disaster movies. You know the type: Twister, Armageddon, Deep Impact, Dante’s Peak, Volcano, Independence Day, Outbreak, The Core, and now, this latest Gerard Butler joint Greenland, which sees ole Gerry here trying to protect his family from the wrath of an intergalactic comet.

Gotta respect Butler for just consistently churning out mid-90s/early-2000s style action-adventure movies in the year 2020 — he’s essentially cornered the market at this point. Just look at his filmography ever since he launched the Olympus Has Fallen franchise (which is now, shockingly, three movies deep). It even includes yet another 90s-inspired disaster flick, 2017’s Geostorm. 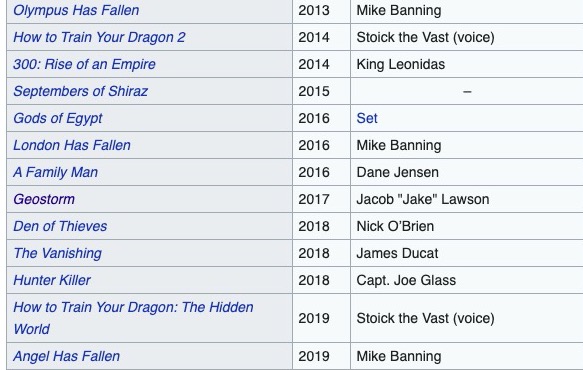 Greenland is currently slated to hit theaters on August 14th, however, if I were the studio behind the film, I’d let this one go straight to on-demand: you’re more likely to get a group of bros like you and I to tank the $20 bucks on a Friday night, “let’s rip the bong” rental than getting those same guys to head out to a theater.