We Regret To Inform You That Hollywood Is Rebooting ‘Twister’ 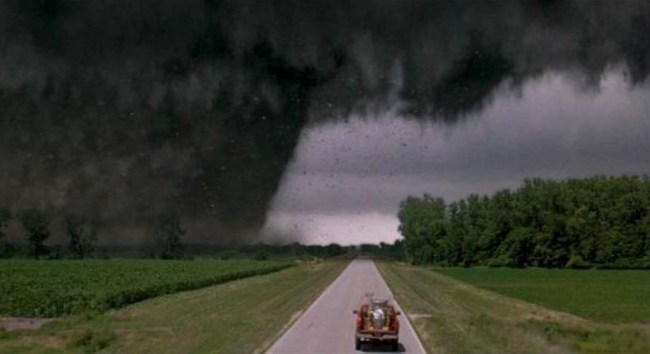 When it comes to the Hollywood reboot-relaunch-sequel-spin-off machine, I don’t harbor the same inherent disdain for it that most entertainment fans do. To me, it’s the cost of doing business.

That said, some ideas and properties should be off-limits when it comes to reboots. Whether it be the prestige of the original director or the era in which the film originally released, there are times when a beloved story is better left untouched. Twister — perhaps the quintessential 90s action movie — is one of those untouchables.

Released before the dawn of the superhero age (which began with the release of X-Men in the year 2000), mid-budget action movies like Twister (and, you know, Independence Day, Armageddon, The Fugitive, etc) dominated the industry.

As we’ve since in the years since, though, that brand of filmmaking has since fallen to the wayside — although, the success of Extraction is certainly promising. It’s a shame, too, because I’d love to see the rebirth of mid-level, original action movies. But that does NOT mean I want to see a reboot of Twister, which is reportedly in the works over at Universal.

Sources tell Variety that Universal Pictures is developing a reboot of the 1996 blockbuster and is in negotiations with “Top Gun: Maverick” helmer Joseph Kosinski to direct. Frank Marshall will produce the pic and the studio is currently meeting with writers to pen the script.

Plot details are vague on this latest version, but the original film starred Bill Paxton and Helen Hunt, who play storm chasers and a couple on the brink of divorce. They team up to chase tornadoes in order to deliver their advance weather alert system that has to be placed in the path of the Twister. [via Variety]

Twister was the **ultimate** 90’s movie and that’s where it deserves to stay. Also, Rest in Peace, Bill Paxton.