Ranking The Guardians Of The Galaxy Based On How Likely Their Death Is In ‘Vol 3.’ 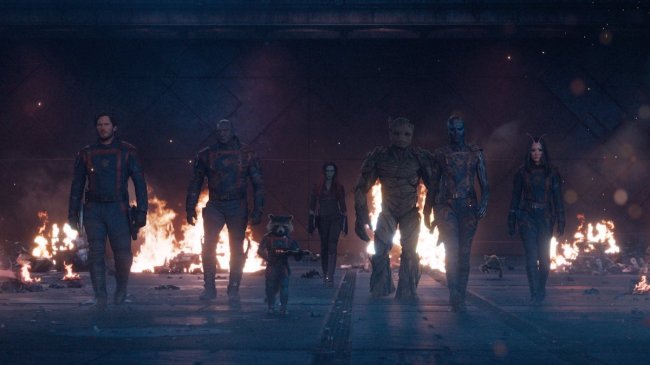 On Thursday night, in tandem with their presence at CCXP (essentially Brazil’s version of Comic Con), Marvel Studios released the first trailer for James Gunn’s Guardians of the Galaxy Volume 3, which will hit theaters on May 5.

The second MCU movie of 2023 and the second in Phase 5, Gunn has teased that the upcoming third film in the trilogy will be the “last ride” for the beloved band of Marvel misfits.

Given how open Gunn has been about this film being the closing of a chapter and how heavily the trailer seems to lean on the emotionality of it all, it’s safe to say that at least one of the adored Guardians is going to bite the dust before the credits begin to roll.

In fact, based on this first glimpse of the film, Marvel seems to be virtually guaranteeing the death of a longtime MCU hero solely based on the shots of Chris Pratt’s Star-Lord and Pom Klementieff’s Mantis experiencing what appears to be pure post-mortem anguish. 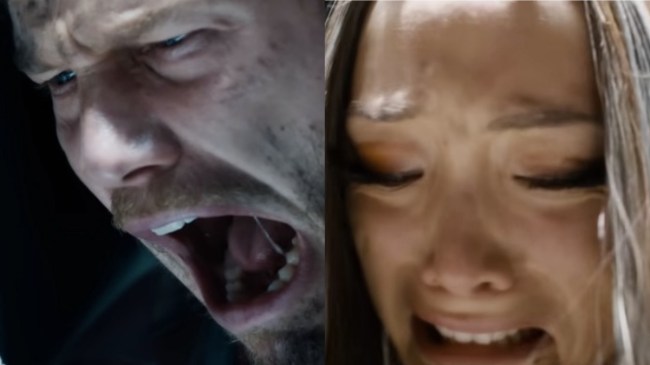 Perhaps most worryingly of all, though, is the way the trailer specifically seems to be positioning Bradley Cooper’s gruff-yet-loyal Rocket, who appears to be finally getting the origin story he’s long deserved.

everyone seeing how they’re emotionally positioning Rocket in the #GuardiansOfTheGalaxy trailer pic.twitter.com/4aDxziaojf

That said, the manner in which the trailer seems to be implying the passing of Rocket does feel a bit heavy-handed, which perhaps suggests that the Mouse House is engaging in a bit of marketing magic in order to disguise the true emotional core of the film.

So, with all that in mind and without further bloviation, let’s break down which members of the Guardians of the Galaxy are most likely to pass on to the great beyond in the conclusive third volume. 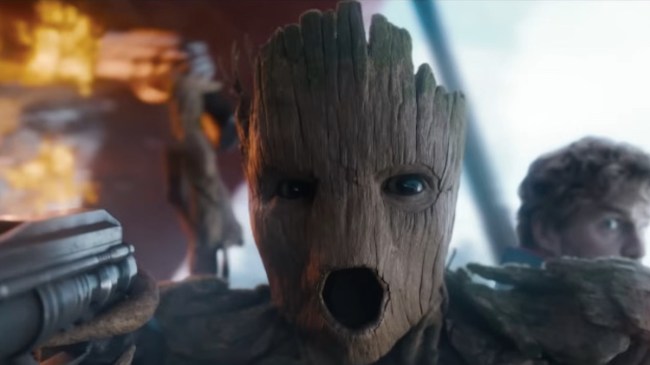 The death of Groot has already been used once in this trilogy and the current version of the character is still a teenager. Through a combination of “we’ve seen this before” and Marvel likely not being in the business of killing heroic children, Groot feels the safest heading into the film.

wonder if #GOTG3 will have the Guardians telling Groot about what his father did and that’s why he says ‘We Are Groot’ 🍃🥲#GuardiansOfTheGalaxyVol3 pic.twitter.com/lnkrb9hMkh 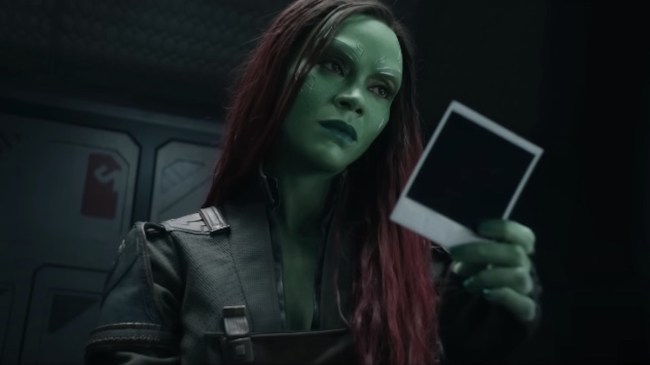 Similar to Groot, Gamora finds herself donning quite a bit of plot armor as her death has also been used in the Marvel Cinematic Universe, albeit in an Avengers film and not a Guardians movie (Infinity War). Still, her previous death, subsequent alternate-universe revival, and eventual reunition with Peter Quill likely protects her throughout Vol 3. 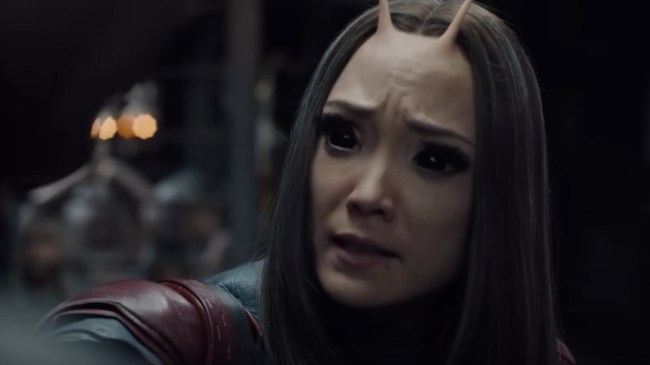 Having been introduced in Guardians of the Galaxy Vol. 2, Mantis is undoubtedly the newest member of the team, therefore giving the audience the least amount of time with her, which is key in crafting an effective on-screen death.

Conveniently, though, the character was one of the two leads of the recent Guardians of the Galaxy Holiday Special and was revealed to be Peter Quill’s sister, which does ultimately make her potential death more impactful should it happen. That said, killing a character as inherently kind and benevolent as Mantis would feel cheap, which is never a word we’ve used to describe James Gunn’s storytelling style. 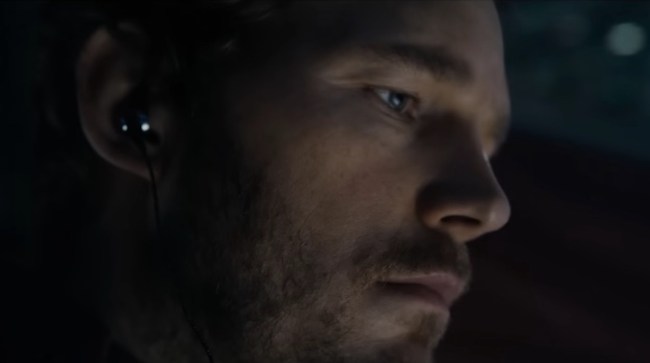 The face of the Guardians of the Galaxy, Quill finds himself directly in between the three least likely and three most likely, which makes sense given his importance to the franchise, both in terms of its box office potential and narrative propulsion.

While he *does* have plot armor similar to the likes of Groot and Gamora by virtue of being the team’s leader, that very same armor is conversely littered with gaps that represent legitimate reasons to kill Peter Quill, the first and foremost being that his death would ultimately be the most surprising and undoubtedly the most moving. As they say, the streets will never forget how he blew the Avengers’ lead against Thanos on Titan and eventually sacrificing himself to save his crew would serve as the ultimate redemption for that universe-altering moment. Killing off your main hero takes (infinity) stones, but if anyone has got the gall to do it, it’s James Gunn as he rides off into the MCU sunset. 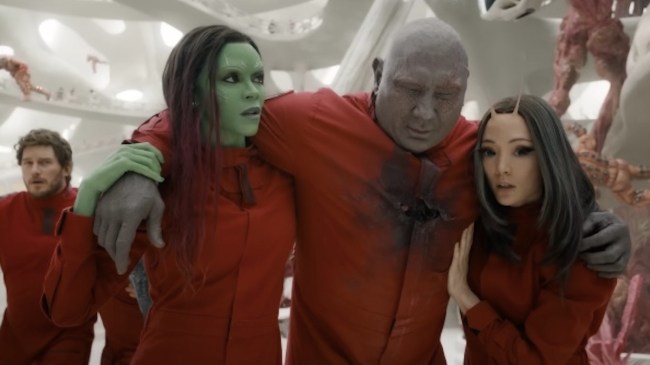 Everything that I’m about to say about Rocket also applies to Drax. 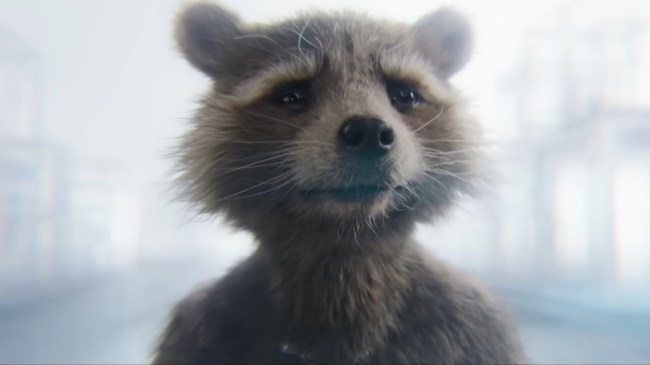 This trailer very much wants you to believe that Rocket’s death is the most likely of the bunch and it’s not remotely shy about it. Not only is Rocket heard sharing instantly iconic, potentially death-bed-spoken lines such as “We’ll all fly away together one last time into the forever and beautiful sky,” but he’s seen in what appears to be the heavenly version of King’s Cross Station from Deathly Hallows Part 2. I don’t know much, but I do know you never want to find yourself in the heavenly King’s Cross Station.

When we’re first introduced to Rocket, the literal first line he says is: “Xandarians, what a bunch of losers.” He was a loner who didn’t have a place in the galaxy and didn’t seem like he wanted one, either. His best and only friend was a tree who’d listen to his every command and was only able to utter but three words.

Through the Guardians trilogy (and tangental Avengers) films, Rocket has slowly but surely left beyond the lone-raccoon mentality he lent on for so long and has further embraced the highs and lows of being a member of a team, of a crew, of a group, of a family. What better way to end the arc of a character who long only looked after himself to go out doing the opposite?

The greatest argument for Rocket’s demise — how the trailer frames the character — is weirdly also the best argument that there is, in fact, a more likely Guardian that fans should be preparing to say goodbye to, as it’s unlikely that Marvel would play their one and only gut punch card in the first teaser. 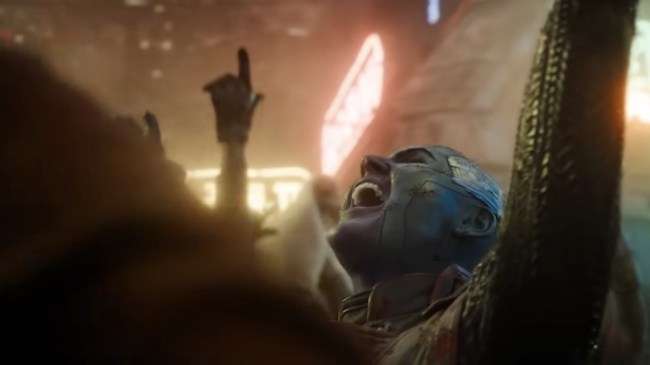 The trailer, obviously, wants fans to think that it’s Rocket we’ll be saying goodbye to. But, perhaps more so than Rocket — who has certainly come a long way in his own right across his MCU tenure — Nebula’s arc feels most primed for a heroic death.

Remember, when we first meet Nebula in Guardians of the Galaxy, she’s a Thanos loyalist and lackey. It wasn’t until Thanos murdered Gamora in Infinity War that she began to transition to a hero, and even then, her progress has been muted by the appearance of her evil, 2014 alternate self in Endgame.

Killing Nebula would not only be narratively and emotionally sound, but it also allows Marvel to kill off a character whose death would feel seismic in the short term but, in terms of the success of the franchise, inconsequential in the long term. Peter Quill, for example, is an ace you might want to keep up your sleeve for future projects. Nebula — significantly less so.

Most important, though, is her arc, where it’s been, and where it’s headed: Nebula has been on a journey to find her humanity and there is no more fundamentally human thing than sacrificing yourself for the love of others.

‘Guardians of the Galaxy Volume 3’ hits theaters in the United States on May 5, 2023.