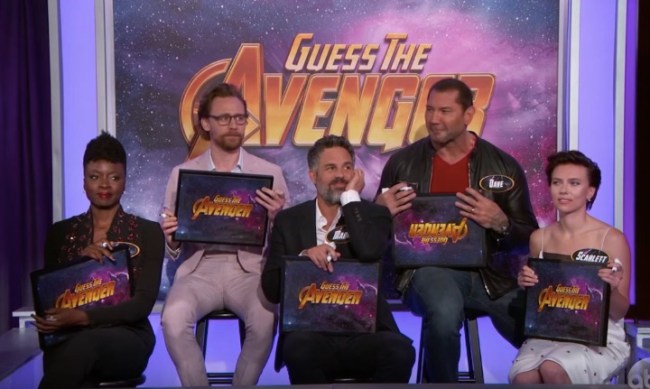 As guests on Jimmy Kimmel Live last night, Jimmy put their knowledge of each other to the test in a game of ‘Guess The Avenger’ where the various cast members had to guess things like which member of The Avengers once flashed a guy her vajine on an airplane:

It’s pretty jarring to see Dave Bautista not wearing green makeup these days. Maybe I’ve watched the Guardians films too often but I think of him as a green man these days and now the hulking pro wrestler he once was.

The cast also talked about how impossible it was to keep secrets about the film: