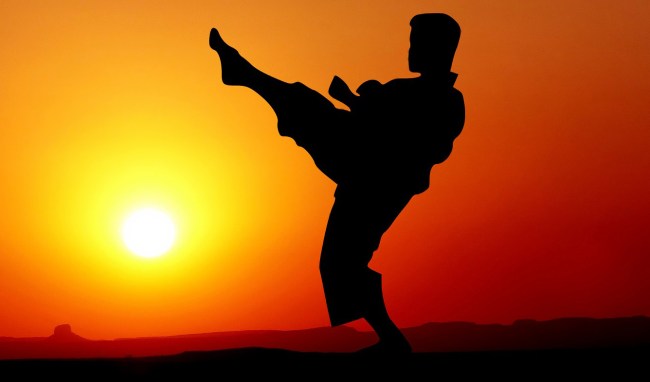 Poor postal service employees. They’ve got it pretty rough these days what with having to deal with dozens of packages and envelopes that have been touched by strangers all day, and on top of that having to actually deal with said strangers, all while in the midst of a global pandemic. God bless ’em.

No wonder the phrase “going postal” means losing your mind and going off. I’d probably be “that guy” in the news who went nuts after having to deal with that stuff every day.

A perfect example of the kind of nonsense these United States Postal Service employees have to deal with on the regular is front and center in a TikTok video taken by @sandra5150510 while visiting her local USPS.

In the footage below, we see a man getting into a screaming arugment with another customer, a woman, over… something.

Whatever it is that she said or did must have really made this guy feel threatened because he immediately goes into a very impressive karate stance. And by impressive, I of course mean hilarious.

Sadly, for him, all this lethal maneuver accomplished was drawing a few laughs and the attention of another customer who told him to exit the facility, explaining to him that he was committing a federal crime by threatening people inside a U.S. Post Office.

TMZ says this incident was filmed at a Northern California Post Office – the good Samaritan who intervened is wearing a San Francisco 49ers mask and another guy is rocking a Niners shirt – so go ahead and stick a pin in that area.

Tensions are certainly high these days.