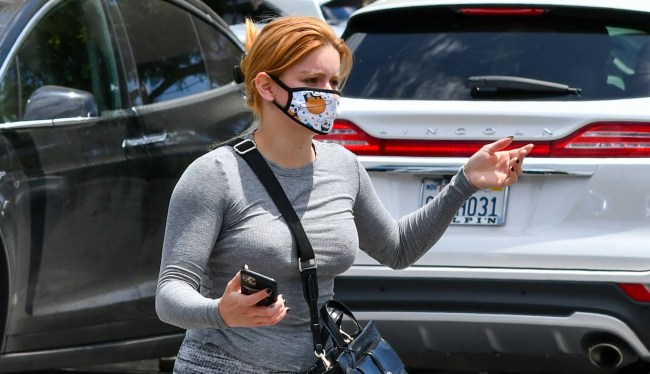 It was really just a matter of time, wasn’t it? A movie set during the current coronavirus pandemic is finally being made and according to reports, it is going to star 22-year-old Modern Family actress Ariel Winter.

Frankly, I am surprised it took this long for some movie producer to announce they are making a film set during the ongoing pandemic. I figured Hollywood would be all over this, especially considering the tremendous popularity of the 2011 film Contagion over the past few months.

The movie, which is currently titled Don’t Log Off, will be a comedy-thriller, which, if you’re like me, you have no idea what that means. So I looked it up and some examples of comedy-thrillers are A Simple Favor, The King of Comedy, and, well… there aren’t a lot of them. At least not successful ones.

Don’t Log Off, which is already into production, will be an independent feature film directed by the Baer Brothers, Brandon Baer and Garrett Baer in their debut helming a movie.

The plot of the film, which is also written by the Baer Brothers, “revolves around six friends attending a virtual surprise party when the birthday girl suddenly goes missing,” according to Deadline.

It will be a mix of both virtual and on location filming and marks the first acting role for Winter since Modern Family went off the air on April 8th of this year.