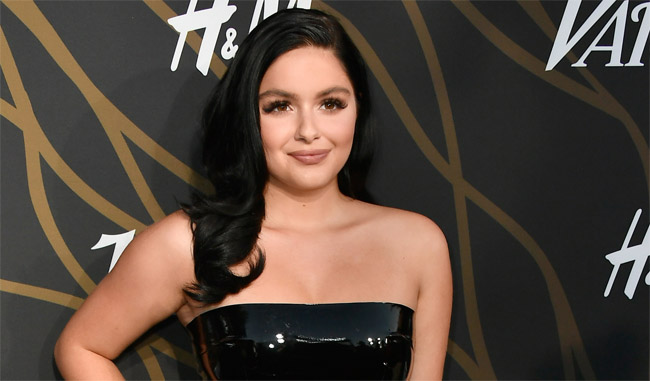 Has anyone else noticed that our favorite DGAF actress Ariel Winter has been unusually quiet over the past couple of months? She’s usually making headlines for one thing or another at least every other week.

I guess since she’s been back at work on Modern Family she hasn’t had as much time to stir things up as she did over the summer.

Speaking of Modern Family, it’s what, in its 10th season? Do you watch the show? I mean, I know people watch it or the actors wouldn’t be some of the highest paid in Hollywood. I just don’t personally know a single person who watches it anymore.

How long do you suppose it has left? Another year or two at most? Sarah Hyland and Ariel Winter will both be in their twenties in the next year so what are they going to keep doing with them? Maybe they’ll bring in a new star or a new baby and just completely jump the shark so we’ll know that the show has reached the end of its rope.

Sorry, I really got sidetracked there, didn’t I?

Here are the pics and video of Ariel Winter’s new photo shoot for something called LAPALME Magazine. I think you’ll like it.