The Next Season Of ‘Modern Family’ Will Be The Last 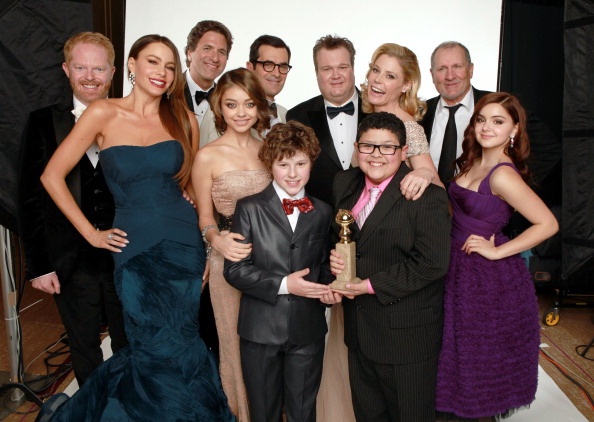 Bad news for Modern Family fans, the hit ABC show will end following the sitcom’s upcoming 10th season. The co-creators of Modern Family, Steve Levitan and Christopher Lloyd, have confirmed they intend on ending the popular TV show after the tenth season. Currently, Modern Family is running through its ninth season and will celebrate it’s 200th episode on Wednesday.

“Our plan is to end it at ten. If we can leave with most of our audience wanting more, I think that’s the right way to do it,” Levitan told The Hollywood Reporter. “Never say never, but I just can’t imagine that we’d go past that.” This makes perfect sense for a logistical reason since all of the actors’ contracts end after the tenth season. To negotiate new deals with all of the stars including Sofia Vergara, Julie Bowen, Ariel Winter, Ty Burrell, Jesse Tyler Ferguson, Eric Stonestreet, Sarah Hyland, and Ed O’Neill would be quite pricey for the television network. Especially since the cast includes Sofia Vergara, the world’s highest-paid TV star who made an astounding $41.5 million in 2017.

There is a slim possibility of a Modern Family spinoff. “It’s just a little over a year and a half from now. We’ve got time to think about that,” Lloyd said. Modern Family will join The Big Bang Theory in massively successful sitcoms that plan on ending this year.