New Research Claims Coronavirus May Have First Evolved In Bats Way Back In 1948, Is Still Evolving 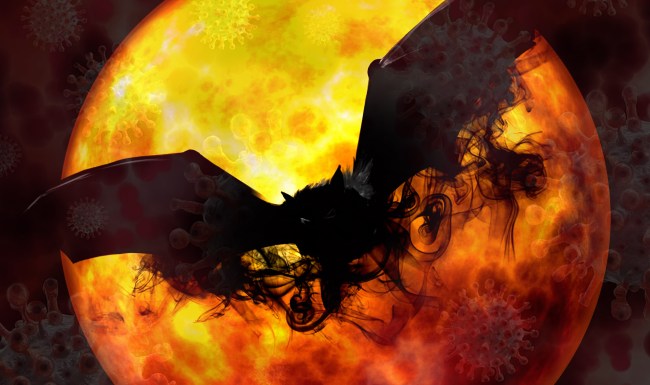 Despite the fact that it’s named COVID-19, which stands for coronavirus disease of 2019 (and not the 19th iteration of the virus, KellyAnne), a new study claims the pandemic-causing coronavirus may have first evolved in bats way back in 1948.

Penn State University scientists made this discovery as part of a research project investigating the origins of the SARS-CoV-2 virus, reports DailyMail.com.

During their study, the scientists located three sections of the virus’s genetic information that appear have been untouched by recombination.

Because the scientists studied three sections of DNA, they got three different dates for when the virus diverged from its ancestral lineage of sarbecoviruses, the subgroup of coronavirus to which SARS-CoV-2 belongs.

These dates were 1948, 1969 and 1982, ‘indicating that the lineage giving rise to SARS-CoV-2 has been circulating unnoticed in bats for decades’, the researchers write in their study, published in Nature Microbiology.

That’s not all they discovered. These same researchers also stated that “bats may well contain other coronaviruses which can infect humans.”

“We were too late in responding to the initial SARS-CoV-2 outbreak but this will not be our last coronavirus pandemic,” said Maciej Boni, associate professor of biology at Penn State. “A much more comprehensive and real-time surveillance system needs to be put in place to catch viruses like this when case numbers are still in the double digits.”

Speaking of being too late, according to WHO Europe director Hans Kluge, young people “may be driving” the latest virus spike in Europe.

“What’s a bit different now, although still without final scientific evidence, is that we are receiving reports from civil and health authorities of a higher proportion of new infections among young people,” said Kluge.

Meanwhile, WHO director-general Tedros Adhanom Ghebreyesus said during a press briefing on Wednesday that COVID-19 is “easily the most severe” global health emergency the World Health Organization (WHO) has ever declared.

Thus far, more than 16 million people have been confirmed globally to have contracted the coronavirus, resulting in over 648,000 deaths.