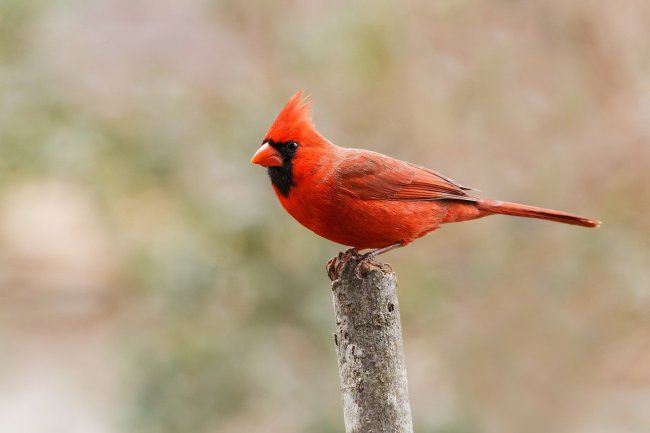 Birds are wild, man. With their little feet, some of which are as sharp as razor blades, and the ability to just fly anywhere they want to, whenever they want to. Plus the fact that there are like a billion different types of birds, they’re bizarre, and if you’ve ever watched Alfred Hitchcock’s ‘The Birds,’ you may be a bit scared of them.

Now there has been a very on-brand discovery in Pennsylvania as birdwatcher Jamie Hill apparently spotted a cardinal that is half-female and half-male, which is called bilateral gynandromorph.

Hill traveled to the location to see the cardinal for himself and was lucky enough to spot it.

You may imagine that this is the first of its kind, I mean the thing is literally half-male, half-female, but apparently, this sort of thing isn’t unheard of, just extremely rare.

A female bird contains one Z and one W sex chromosome, while a male has two Z chromosomes. A female’s egg cell typically contains a copy of either one Z chromosome or one W chromosome, but occasionally this forms two nuclei: one with a Z, and one with a W. According to National Geographic, the egg essentially gets “double fertilized” by the male’s Z chromosome. One nucleus will grow to be female (ZW), while the other will be male (ZZ).