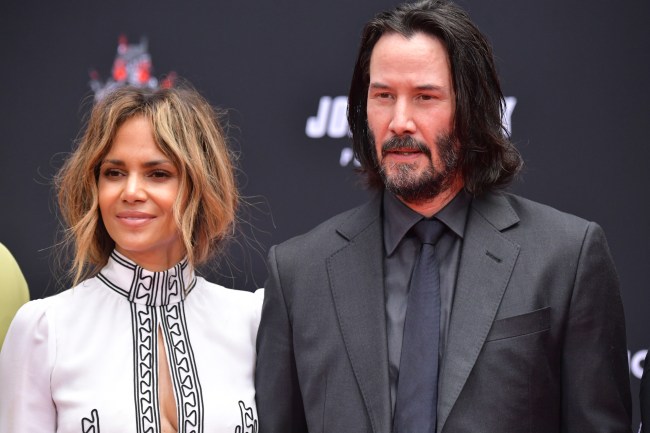 The third installment of the John Wick franchise hits theaters this weekend. John Wick: Chapter 3 – Parabellum stars Keanu Reeves (as John Wick) and Halle Berry. Both of them have transformed into complete and total badasses for this film, undergoing more training than any regular actor would’ve ever been expected to do.

‘Taran Tactical’ is one of the geniuses behind the curtain in Hollywood. He’s trained countless actors throughout the year including Keanu Reeves, Jennifer Garner, Colin Farrell, Chris Hemsworth, and Josh Duhamel…and Halle Berry, as you can see here.

This level of weapons training isn’t something I’d ever expect to see from a Hollywood A-lister but it’s not only Halle Berry who honed her weapons skills for John Wick 3. There’s another clip below of Keanu Reeves training like a complete and total badass.

Here’s Halle Berry on the weapons course, training with Taran Tactical for this film:

It’s okay if you’re a little exhilarated right now. Nobody will blame you. It’s natural.

I mentioned that Keanu is equally as badass when it comes to training for these John Wick films and Lionsgate has the receipts to prove it. Here’s a montage of Keanu becoming a total badass:

The John Wick films are pretty much required viewing for dudes these days. They’re the closest thing to the full-blown actions shooters of the 80s, 90s, and 00s that were so badass they didn’t need a plot. If you haven’t seen the first two you need to rectify that ASAP and check out the 3rd in the theater because the early reviews are glorious.