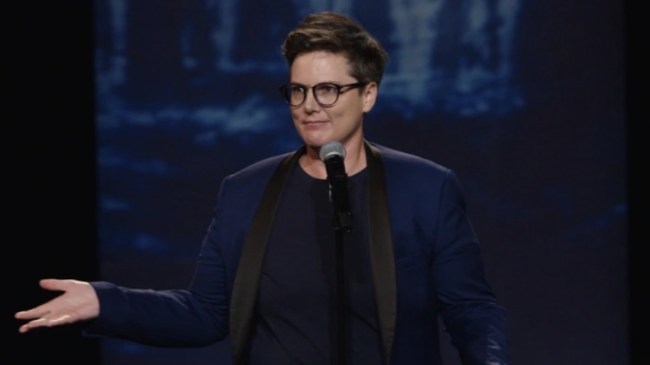 While Martin Scorsese’s body of work is full of wisdom, perhaps no truer line has ever been spoken in one of his films than the above quote from Robert De Niro’s bookmaking character in Casino.

Take comedian Hannah Gadsby, for example, who lashed out at Netflix in the wake of Dave Chappelle’s stand-up special The Closer late last year.

“Hey Ted Sarandos! Just a quick note to let you know that I would prefer if you didn’t drag my name into your mess. Now I have to deal with even more of the hate and anger that Dave Chappelle’s fans like to unleash on me every time Dave gets 20 million dollars to process his emotionally stunted partial world view,” Gadsby said of Netflix and its CEO Ted Sarandos.

“You didn’t pay me nearly enough to deal with the real world consequences of the hate speech dog whistling you refuse to acknowledge, Ted. F**k you and your amoral algorithm cult… I do sh*ts with more back bone than you. That’s just a joke! I definitely didn’t cross a line because you just told the world there isn’t one.”

Fast forward less than a year, though, and Netflix now is apparently “paying her enough to deal with the real world consequences” of Chappelle’s taste in comedy, as the Australian standup recently signed a new “multi-title deal with the company that includes a new hour-long special and a multi-comic special,” according to Deadline.

Gadsby, though, was quick to hop on social media to assure everyone that her decision to re-up with Netflix — a company she was publicly dragging for its policies less than 12 months ago — was because the streamer “agreed to work with me on a stand up special that will showcase genderqueer voices from around the world.”

I am pretty excited to be filming my new ‘feel-good show’, Body of Work, at the Sydney Opera House…yep…I’m back at the scene of the Nanette ‘crime’. The shebang of it all will premiere on @netflix….at some point… in the future, I suppose. pic.twitter.com/P53tDfqoqC

At this time, while the financial details of Gadsby’s new deal have not been reported, she’s clearly being compensated “enough” to swallow the fact that she’s sharing a “hate speech, dog whistling” perpetuating platform with Dave Chappelle. Gadsby’s new hour-long special will premiere on Netflix next year.