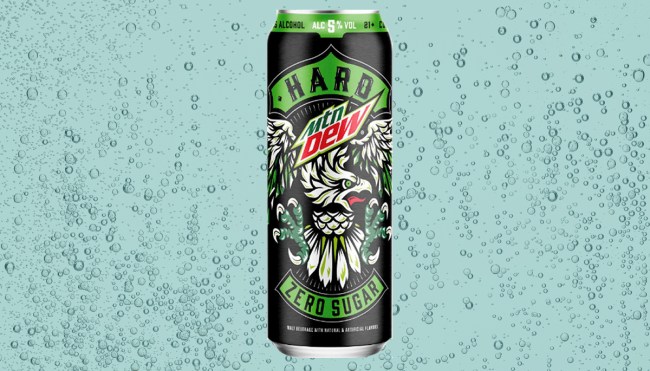 I’ll admit I was pretty skeptical if the world really needed any new brands of hard seltzer and its adjacent counterparts after the craze seemingly peaked toward the start of 2021, but I was more than willing to admit I was wrong when Mountain Dew announced its plans to get in on the action last summer.

It was initially unclear when we could expect to get a taste of the 5% ABV elixir that was officially dubbed “HARD MTN DEW” aside from the promise cans would start hitting shelves near the start of 2022. However, on Friday, CNN reported the brand is preparing to start rolling out the product near the end of February along with a game-changing announcement that’s sure to pique people’s interest.

Ladies and gentlemen, we’re about to live in a world that’s home to boozy Baja Blast in a can.

Mountain Dew’s sugar-free, 100 calorie innovation (which was created with the help of the folks at Boston Beer Company) was originally limited to three flavors: one inspired by the flagship soda in addition to watermelon and black cherry. However, it appears they’ve decided to give the people what they want—nay; need—by harnessing the flavor that’s been a fan favorite since it first appeared at Taco Bell in 2004.

It doesn’t appear there’s an official release date for Hard MTN Dew as of this writing, and it will only be available in an unspecified number of “limited states” when it does finally drop—but I have a feeling some people are going to pounce on the chance to become hard Baja Blast bootleggers once it does.