Is The World Ready For Hard Mountain Dew? We’re About To Find Out 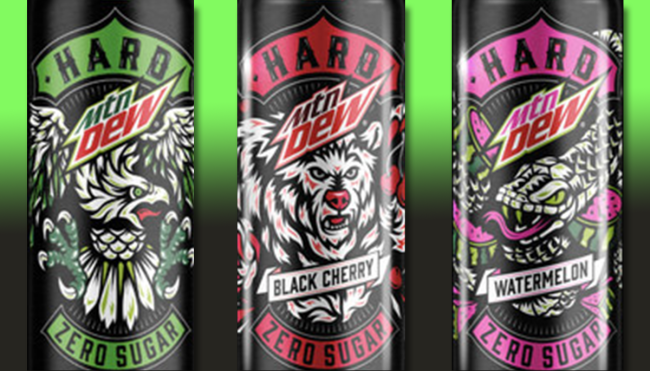 It’s safe to say Mountain Dew has evolved quite a bit since it was initially dreamed up in the 1940s by a couple of brothers in Tennessee who were attempting to engineer the perfect mixer for whiskey. If you’ve watched the first episode of the Queer Eye reboot on Netflix, you know there are still some people out there who have a penchant for mixing the soft drink with hard liquor, but in recent decades, the brand has largely focused on appealing to the kind of people looking for a beverage to wash down the Doritos they rely on to stay fueled during League of Legends marathons.

However, it would appear Mountain Dew has decided to go back to its roots, as Boston Beer Co. dropped an absolute bomb on Tuesday when it revealed it’s teamed up with Pepsi to create what’s officially been dubbed “HARD MTN DEW.”

You might remember spiked sodas briefly Had A Moment last decade after products like Not Your Father’s Root Beer burst onto the scene before largely fizzling out. When you consider Boston Beer’s stock took a bit of a beating last month as a result of hard seltzer losing a bit of its luster, it makes sense that the company has decided to diversify its portfolio by adding Hard Mountain Dew to its booze-filled lineup.

I’m not entirely sure what the target demographic here is, but based on the design of the cans, it would appear Hard Mountain Dew is being marketed to people who are sitting on a bin filled with Von Dutch hats, Ed Hardy shirts, and Tapout apparel eagerly awaiting the day society deems it’s acceptable to wear any of those brands in public.

According to a press release, Hard Mountain Dew will boast a 5% ABV, zero sugar, and will come in a Black Cherry and Watermelon variety in addition to the flagship flavor. It’s unclear exactly when they’ll be released, but as of right now, it looks like they’re slated to hit shelves shortly after 2022 rolls around.