‘Harry Potter’ Actor Reveals How Terrified He Was Of The Late, Great Alan Rickman 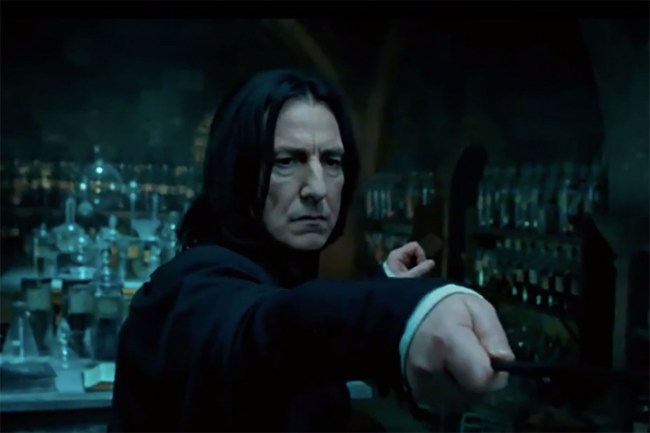 Last month, I actually rewatched the Harry Potter franchise for the first time in a few years. There are some absolute bangers — Prisoner of Azkaban, Order of the Phoenix, The Deathly Hallows Pt.2 — some average entries, and some clunkers. While I read the Harry Potter books as a kid, I never became as obsessive with the movie franchise as most quote-unquote “nerds” (*not a diss*) have. The same can be said about Lord of the Rings, to be honest. I’m more of a superhero guy than a fantasy guy. But I digress. The point being, I recently rewatched the Harry Potter movies and they still hold up, despite aging as fast I do these days.

Obviously, there’s no watching the Harry Potter without reminiscing on the life and career of the late Alan Rickman, who iconically played the secretly noble Severus Snape in all eight films prior to his untimely death in 2016. Tom Felton, who played Draco Malfoy in the franchise, recently did exactly that during a Harry Potter watch party on TikTok.

Given that both the Malfoy and Snape characters were in House Slytherin, Felton spent a decent amount of time with Rickman, and said the following when asked what it was like to work with him:

“Scary,” Felton began. “He was the only actor I knew, and he was terrifying in the most pleasant way. But very, very kind. Wicked sense of humor. I just met him when I was 12, so it took me a few years to be able to have enough courage to say anything more than ‘Hi’… a privilege, a real privilege.

On-screen or off it, Alan Rickman just had *that* presence to him. RIP to a legend.