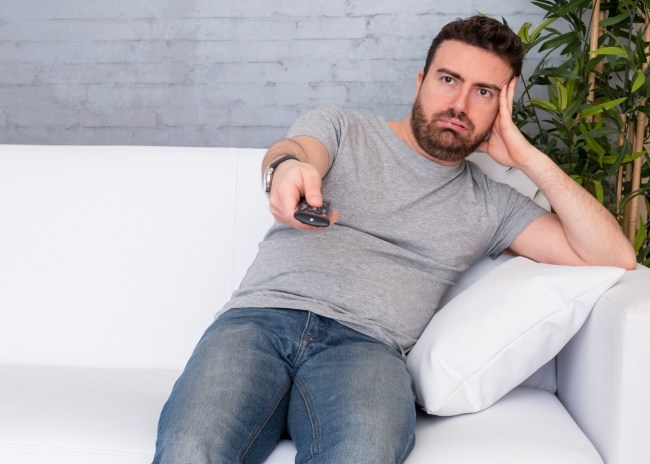 “Life can only be understood backwards; but it must be lived forwards.” – Soren Kierkegaard

We come shooting out of the womb without any idea that we’re destined to go back to whatever alien planet we came from at some point. Until then, however, we (at least the better of the breed) dash off fully erect and try to take the world by storm. We’ve just got too much testosterone coursing through the balls to do anything less with this seemingly tragic existence we’ve been given. And we’ll drink, smoke and devour everything we can get our hands on to show the masses our legend. Yet, as time moves forward, we begin to realize that we might not be the indestructible forces of nature that we once believed. Our guts start to expand, we get winded going up the stairs and staying out until all hours of the morning and still getting to work on time, well, that’s impossible. All of these symptoms are the body’s way of telling us that we’re getting older; that we’re on the downward slope into the grave. Yep, it’s inevitable, boys, we’re all going to die.

The thought of the Grim Reaper following close behind is enough to make the average man a little anxious. Okay, well, maybe “scared as hell” is a better way to articulate this impending doom. This is why we see these older rock stars trying to sober up and fly right toward the bottom of the hill. They are all just searching for the fountain of youth in hopes of staying alive one more day longer than they should. All of us do it, though. Nobody wants to check out a second sooner than they have to. Well, rest easy, friends. The scientific minds of Harvard have it all figured out. They’ve identified the five secrets to long life, and I’m warning you, you’re not going to like them.

Try To Eat Healthy
Sorry to hit you with this one right out of the gate. Anyone trying to ride the hourglass down to the last piece of sand probably isn’t going to be one of those gluttonous fools who eats like a teenager. No sir, Harvard says that maintaining a healthy diet is the best way to avoid killers like cancer and cardiovascular disease. It means that those of you who ate pizza for dinner and then rolled out of bed and smashed what was left in the box for breakfast, well, you’re probably not going to make it. But fortunately, it’s never too late to make a change. Try eliminating sugar, eating mostly fish, fruits and vegetables, and ditch the soda for water. And if you’re like me and refuse to give up pizza, no matter how many years it promises to add to your life, go with God. Nobody’s perfect.

Keep Your Weight In Check
Most of us do not have any trouble maintaining a healthy weight in our twenties, but that gets more difficult as we get older and our metabolism starts to peter out. We can seriously go from being chiseled specimens of man meat to not being able to find our peckers in the shower in no time flat. And that could mean that death is gaining on us. The key to prolonged survival, according to Harvard, is to keep that Body Mass Index (BMI) between 18.5 and 24.9. Guys who linger here are less likely to end up with any number of chronic illnesses that have been known to take us out early.

Get Some Exercise
By now, everyone knows that it’s essential for humans to get some type of exercise to stay healthy and strong. But it’s not enough to just roll out of bed, do a pushup or two and count it good for the day. I’m afraid not. The Harvard geeks insist that the appropriate amount of physical activity needed to keep the old body humming along is a minimum of 30 minutes of moderate to vigorous exercise per day. And no, that doesn’t count walking up and down the liquor aisle at the CVS trying to figure out which bottle of vodka is the better buy. It means that you should be carving out some time throughout the day to ramp up your heart rate and get a sweat a brewing.

Stop Drinking So Much
Speaking of brew, there’s a reason I put this one toward the bottom of the page. I knew the second some of you noticed that you might have to give up booze, you’d be out. Hey, I’m right there with you. Alcohol makes me happy, and I’m never giving it up. With that said, however, Harvard wants us to know that our lushful ways will probably come back to haunt us. The study shows that anything more than two drinks per day puts us at risk of all sorts of health problems. But hey, look at it this way: Although those of us who enjoy six or nine brews on a nightly basis might not live as long as those low-alcohol folks, we still stand a better chance at getting our tombstones sponsored by (Insert favorite beer brand here). Here lies Mike. He liked drinking Buuuuuusch!

Cut Out The Smoking
It should come as no surprise that cigarette smokers were going to get absolutely crucified on this list. The Harvard folks aren’t even willing to negotiate with you on this one, fellas, they simply want you to stop. Smoking kills. Yeah, yeah, yeah. Look, I mean, it’s not like smokers don’t know the risks by now. It is well documented that tobacco is responsible for killing 480,000 Americans every year. So it makes sense that those who do not smoke probably have a better chance at sticking around longer than those who do. Only life is a crapshoot. It’s a place where clean living doesn’t necessarily guarantee that we’ll be the last to reach the finish line. Not at all. We could be moving along, doing everything right, and still get snuffed out at a young age by Ronas or riots. The joke is that those who put so much stock in staying alive are those who aren’t really living at all. I never went to Harvard, but if I was going to share some advice on how to navigate this weirdo existence, it would be to try your best, have fun, and don’t take everything so seriously. In the immortal words of Jim Morrison of The Doors, “No one here gets out alive.”