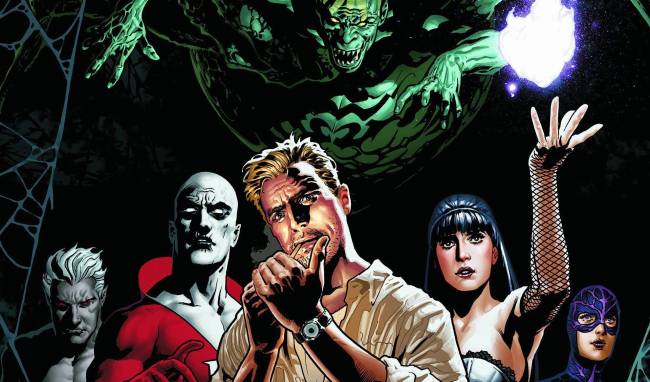 One of DC Comics’ most compellingly unique heroes is set to make his return to the pop-cultural zeitgeist, as reports indicate that a series about The Hellblazer himself John Constantine is in the works at HBO Max, with the search for a lead actor currently underway.

“The show would reportedly follow a younger version of the character and focus more on the horror elements of the comics rather than the religious ones,” Variety reports.

“It has yet to be officially confirmed which DC characters would factor into the “Justice League Dark” series, but Constantine was a part of the team in the comics as were heroes like Swamp Thing, Madame Xanadu, Deadman, and Doctor Mist, among others.”

Perhaps most notably, the report indicated that the series will be executive produced by J.J. Abrams and will tie into his upcoming Justice League Dark series at HBO Max, perhaps providing some insight into the streamer’s strategy with their DC Comics properties.

DC Films President Walter Hamada has already admitted as much, as he previously told the New York Times that the studio is hoping to produce HBO Max spinoff series that align with their corresponding theatrical film releases.

“With every movie that we’re looking at now, we are thinking, ‘What’s the potential Max spinoff?'” Hamada told The New York Times.

Both Constantine and Justice League Dark are just two of many DC Comics projects in the works at HBO Max, as John Cena’s Peacemaker series (a spin-off of James Gunn’s The Suicide Squad) is set to be released in January 2022, while there’s also a Gotham City Police Department series that’s set to tie into Robert Pattinson’s The Batman.

While it may be a little bit of wishful thinking here, Batman does have ties to both Constantine and The Justice League Dark, so it’s certainly within the realm of possibility that there’s an intersection between the franchises. We already know that Matt Reeves’ take on the Dark Knight will be leaning into the character’s inherent darkness, which is certainly a characteristic that can be used to describe the demon-slaying Constantine.