Hearing Is Apparently The Last Sense You Lose When You Die, So That’s Nice 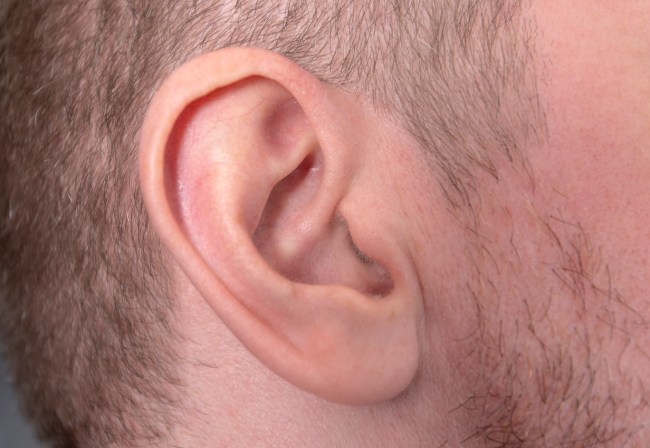 “I’m not afraid of death; I just don’t want to be there when it happens.” ― Woody Allen

Nobody in their twenties ever thinks they are going to live to see their thirties. At least not when they are out there drinking, snorting and screwing everything in sight. No, they believe that by embracing the motto of “live fast, die young,” they will somehow always reside among the legendary. This particular breed of wild child, a group consisting of mostly idiots and imbeciles, gets up every day at the crack of noon and strives to chisel their tombstones with “here lies wasted youth” or something equally unpoetic. But then, somewhere around the age of thirty-five, something changes. This is about the time when people start to realize that maybe their bodies were a bit more resilient to all of the booze and drugs than they initially thought.

With a little age and wisdom under their belts, some may even have a revelation, a come to Jesus moment, if you will, when they realize that life is a gift and all the prospect of death does is give them anxiety. Now with families and perhaps a litter of children, some learn there truly isn’t anything romantic about dropping dead at a young age. But that it is, instead, longevity that makes the best stories. It’s the reason we see so many Americans eating healthier and exercising once they reach a certain age. It’s a combination of fear, regret and, above all else, survival. People want to be in fighting shape to take down that creepy bastard known as the Grim Reaper when he starts beating down their door. How do I know all of this? Because I am one of you.

The thing about coming to terms with the inevitability of death while getting older is life, all of a sudden, starts to feel like a race. What there was plenty of time to do tomorrow or the next day has now become a situation where it’s like “Holy hell, if I don’t get this project done soon, I might not get a chance to finish it because I’ll be freaking dead.” Sure, I realize that this attitude sounds a tab paranoid to those who haven’t sat back on many occasions and obsessed over how someday their hearts will stop beating. But for us lunatics destined for a vicious panic attack anytime we ponder how we’re not going to be around forever — how our final days on Earth will be spent having the blood drained from our bodies, how our chest cavities will be pried open, how our lips and eyelids will be glued shut, and how we’ll be buried six feet under or burned in a furnace at roughly 1800 degrees — well, that doesn’t sound paranoid at all. It seems absolutely terrifying.

Never mind that science is pretty much convinced that everything just goes black once we die, and that’s that. There is no evidence of heaven, no grand reunions, and no happily ever after. According to UNSW Professor of Intensive Care Ken Hillman, “you gradually become confused, you lose your level of consciousness, and you fade away.” Yeah, you fade away right into a big black hole of forever’s nothingness and never wake up. Gulp! From the point of your last breath, just think – you’ll never have another opportunity to drink beer, listen to killer music, fall in love, or generally have a good time with family and friends ever again. Eternity is a long damn time, which is precisely what makes all of this death business so hard to swallow. I don’t care who you are, nobody is prepared for that kind of commitment. It’s the reason I pay close attention to all of the science surrounding “what it’s like to die.” I want to know what the experts know, and if what they know now is scarier than what they thought they knew, then we could all be in for a wild ride into the abyss. Honestly, I’m really just over here trying to come to terms with death and dying to avoid bumping fists with the Devil in shit-stained underwear. I don’t need that kind of embarrassment walking into the mouth of Hell. I assure you, I’ve had plenty already.

It goes without saying that I was drawn to a recent study showing that we’re probably going to hear it all – everything — when we die. New research published in Scientific Reports shows that “hearing” is the last of the senses to go when a person reaches the end of their rope. The evidence shows that even while the dying may not be able to communicate with those around them in their final hours, they can still hear them talk about “pulling the plug,” changing funeral arrangements to something cheaper, or discuss what they plan to do with their share of the inheritance.

Researchers came to this conclusion after strapping a bunch of hospice patients to an electroencephalography (EEG) and then monitoring their brain activity in the hours before death. They found the brains of unconscious patients were still able to detect tones in the same way as young, healthy and conscious control groups. However, while researchers say our dying brains keep our ears functioning, they aren’t exactly sure how the sounds are processed. Lead study author Elizabeth Blundon said: “brains responded to the auditory stimuli, but we can’t possibly know if they’re remembering, identifying voices, or understanding language.” In other words, the noises we hear as we are being ushered into the great beyond might only be muffled, incomprehensible jibber-jabber. We might not actually be able to distinguish all of the nasty things our family and friends have to say about us. For the love of all that is sacred, let’s hope that is true.

And if it isn’t, let’s pray to the sicko Gods of the Universe that there’s plenty of morphine coursing through our veins to not give two flying squirts.