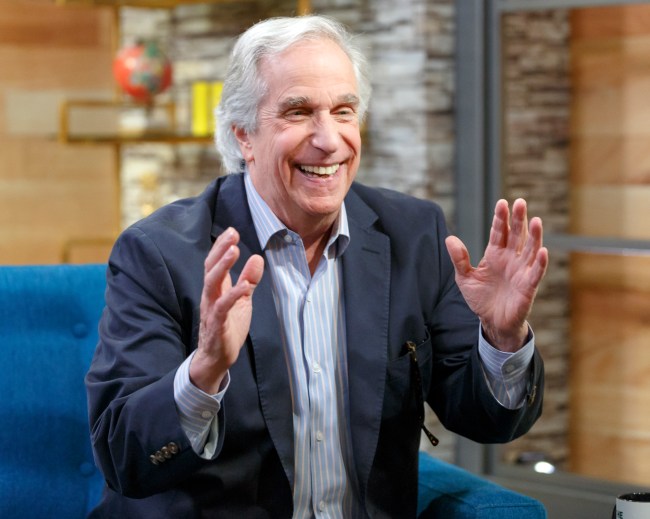 Henry Winkler is best known for playing The Fonz. Personally, I know him best from his role as Barry Zuckerkorn on Arrested Development, the Bluth family’s terrible lawyer. I wouldn’t say I know very much about Henry Winkler the man, so it was refreshing to see a series of his tweets trending on Twitter this weekend as Henry was trout fishing in Idaho and landing some trophy fish.

I have never been fortunate enough to go trout fishing in Idaho but from the pictures I’ve seen and stories I’ve been told, it’s heaven on earth for trout fishermen. And based on the photos that Henry Winkler was sharing from his trip to the Lodge on the Palisades it appears as if one of America’s most beloved actors was treated to the fishing trip of a lifetime. He’s grinning ear to ear in every single picture, each happier than the last:

First of the season . Thank you river !! pic.twitter.com/gFJKTt9vAO

Back at it again, all smiles:

Lodge on the Palisades.. refreshes the soul pic.twitter.com/3ZnTvUXSC6

There was a rainbow out this morning #Lodge on the Palisades pic.twitter.com/pNtu3gcu5d

What a way to start the day pic.twitter.com/nZ23FuubIm

For a moment the turmoil disappears # Lodge on the Palisades pic.twitter.com/5yEopOSZX1

Good bye Idaho and thank you … citizens and trout

So, uh, yeah, I guess I need to go ahead and plan on taking a trout fishing vacation to Idaho late next Spring or early next Summer. I know it has the reputation of being an expensive place to fish after accounting for flights, guides, licenses, etc. but I have to think there’s some way I can make this happen on a writer’s budget, right?