Here Are Some Little Known Facts About Irish Exits In Preparation For St. Patrick’s Day 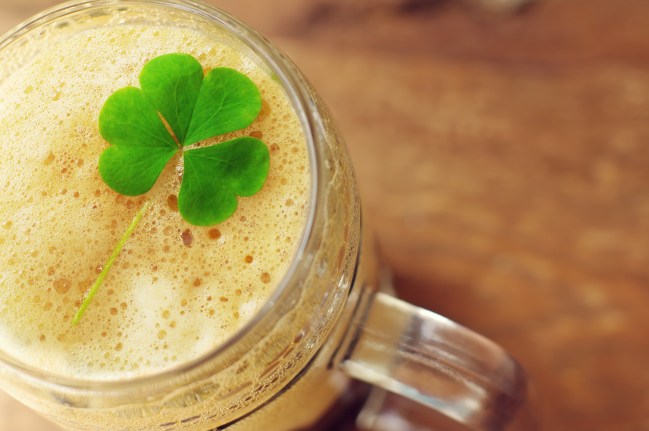 There are only two occasions I wake up and have a Guiness for breakfast: 1.) St. Patrick’s Day and 2.) the other 364 days of the year. Now that I’ve written that into existence, I think I may have a problem.

But, we’ll save the intervention for after this weekend–St. Paddy’s Day aka Text The Ex Day aka I’m Too Drunk To Taste This Corned Beef Day aka The Biggest Drinking Day of the Year.

One thing that embedded in the puke-encrusted fabric of St. Patrick’s Day is the Irish Exit. For For those who are unfamiliar with the term, an Irish Exit consists of leaving quietly out the side door of a bar or party without saying goodbye to anyone, thus avoiding the wrath of friends or the peer pressure to drink until your heart stops.

We’ve all got that one or eight friends that have garnered a reputation out of jetting early and unannounced and after some heavy razzing at a greasy breakfast the next day, everyone usually agrees that it was probably the best move.

The folks over at the ride sharing service Lyft recently surveyed over 1,000 people in the run-up to St. Paddy’s Day to uncover some interesting information about Irish Exiting. According to the survey:

For those of you planning to bail early this weekend, make sure to order a Lyft or other ride share to avoid any regrettable decisions.