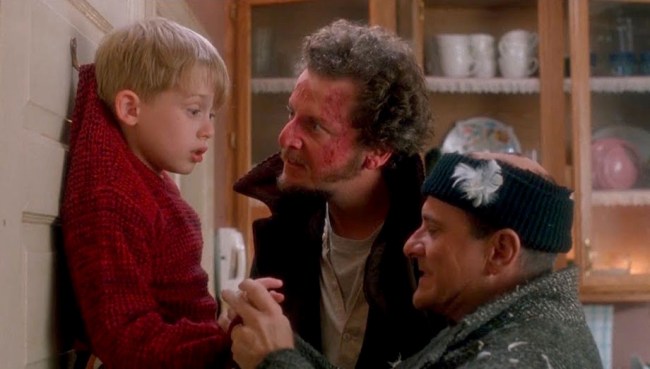 Kevin Urrutia-O’Reilly and his wife Alex Moreland cherish the timeless Christmas classic Home Alone, as any normal-headed American would. However, the Texas couple doesn’t just adore the X-mas flick, they decorate their house with the jocular characters of the essential holiday film from 1990.

The couple, which usually “hang up lights and ribbons on their home for Christmas,” decided to bring their favorite holiday movie come to life this holiday season.

“I just got this 3D printer,” Urrutia-O’Reilly told KXAN. “How about we print all of the characters’ faces and make mannequins?”

The couple 3D-printed life-like mannequins of Kevin McCallister armed with paint cans, Harry, and Marv. Even a cardboard cutout of Michael Jordan makes the exhibition. There is a light that says, “Merry Christmas, you filthy animal.” There is even a framed photo of Buzz’s girlfriend hanging in a window. WOOF!

This house – transformed to replicate ‘Home Alone’ – may just have the greatest Christmas display of ALL time! 🎄pic.twitter.com/kPjO1kcNYP

“We got all of the clothes at Goodwill,” Moreland said. “I think we were able to nail down his look, pretty well. I think we had the most fun with him and I think he turned out the most successful.”

“I knew it was gonna bring us a lot of joy, it did, for the past few months [as] we worked on it little by little,’ Moreland told KXAN. “But seeing how much joy it’s brought everyone else has been really, really nice.”