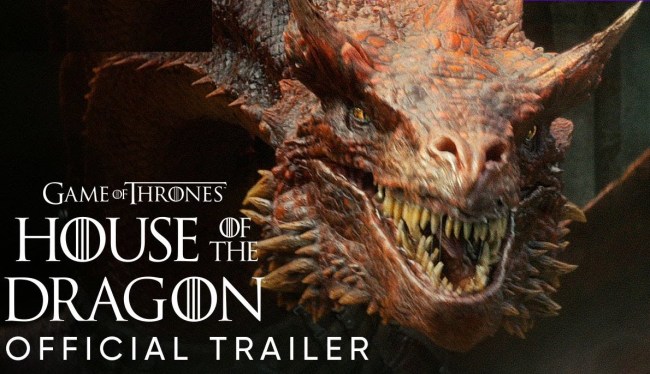 HBO has officially unveiled the trailer full trailer for their upcoming Game of Thrones prequel series House of the Dragon, will which be making its highly-anticipated debut in about a month on Sunday, August 21.

The series is set 200 years before the events of Game of Thrones and will largely chart the civil war that brought about the fall of House Targaryen, which, of course, is the family of Emilia Clarke’s Game of Thrones fixture Daneyres Targaryen.

House of the Dragon will be the first of many Game of Thrones spin-offs to hit HBO and HBO Max in the coming years, as the powerhouse network currently has about seven or eight Thrones-related projects — including the recently announced Jon Snow sequel series — in the works. That said, just because they’re all in development doesn’t mean they’ll all come to fruition.

Of all the projects reportedly being cooked up at HBO, the one that’ll most excite fans is the direct sequel centered on Jon Snow. According to reports from earlier this summer, not only is he already attached to the project, but he and his own team of writers came up with the idea and pitched it to HBO execs and Game of Thrones mastermind creator George R.R. Martin.

House of the Dragon boasts an ensemble cast that features the likes of Matt Smith (Last Night in Soho) as Prince Daemon Targaryen, Olivia Cooke (Ready Player One) as Alicent Hightower, Rhys Ifans (The Amazing Spider-Man) as Otto Hightower, and Paddy Considine (Peaky Blinders) as King Viserys Targaryen, and more. The series’ first season will premiere on HBO and HBO Max on Sunday, August 21, 2022.