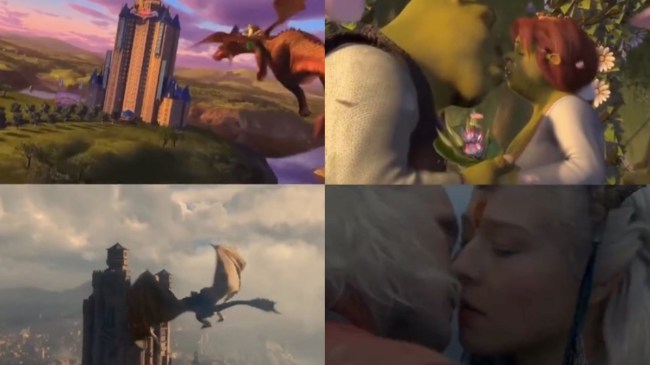 On Sunday night, the first season of the hit series House of the Dragon came to a conclusion as HBO aired the tenth and final episode of Season 1.

Now, while some fans may have been surprised by the events of the series, it actually turns out that perhaps they shouldn’t be, as a viral Twitter post has made the case that the series is actually just a live-action version of the beloved animated film Shrek. At the time of this writing, the post has more than 190,000 likes and about 30,000 retweets.

They really did make a live action Shrek 😭 #HouseOfTheDragon pic.twitter.com/Lw67iZOAoI

According to showrunner Ryan Condal, season two of the hit Game of Thrones prequel will begin production in 2023. All ten episodes of the first season are now streaming on HBO and HBO Max.

Luckily for Game of Thrones fans, House of the Dragon — which creator George R.R. Martin believes needs at least four seasons to properly tell its story — isn’t the only Thrones spinoff that will be hitting HBO in the coming years as the iconic premium cable network currently has about seven or eight spin-offs reportedly in development.

One of those spin-offs is even a direct sequel that’s set to star Kit Harington in his iconic role of Jon Snow. In fact, reports even indicate that Harington himself assembled the team of writers and pitched the HBO to Martin and HBO brass.

At this time, though, HBO has yet to make an official announcement regarding any of the other Thrones spin-offs. Given that House of the Dragon will likely be off the air until 2024, though, HBO will likely give fans something to get excited about before the.