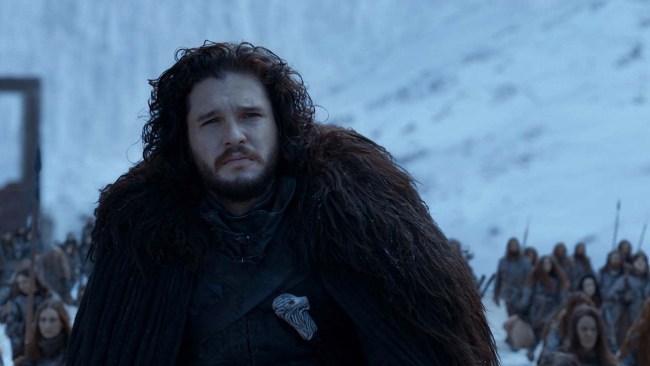 A Game of Thrones sequel series is in early development at HBO with former star Kit Harington set to return as Jon Snow to lead the series. The series marks the seventh Thrones spinoff in development at the network.

The development signals an intriguing new direction in HBO’s handling of author George R.R. Martin’s fantasy universe, a move not unlike Disney+’s management of its Star Wars and Marvel brands where the streamer has found success launching character-focused sequel series such as WandaVision and Obi-Wan Kenobi. [via THR]

Ok now you have my attention https://t.co/3abvGswOYx

People are going to be so mad about this, but I’m amped. https://t.co/jKhKasiWvj

Wowzers. So probably no Black Knight series then? Harington’s schedule can’t accommodate for both most likely https://t.co/6X9Q8BJV0O

This came completely out of left field but I am so down for it. https://t.co/pNEPIE0xcP

The report about the Jon Snow-focused sequel series comes just about two months ahead of the premiere of House of the Dragon, a Targaryen-focused prequel series set about 200 years prior to the event of Game of Thrones.

House of the Dragon, which stars the likes of Rhys Ifans, Olivia Cooke, Matt Smith, Paddy Considine, Emma D’Arcy, and more, will be the first post-Thrones project to hit HBO since the original went off the air back in 2019 when it premieres on Sunday, August 21.

At this time, it is unclear who will write or direct the series, which currently does not have an official title, cast, or production date.