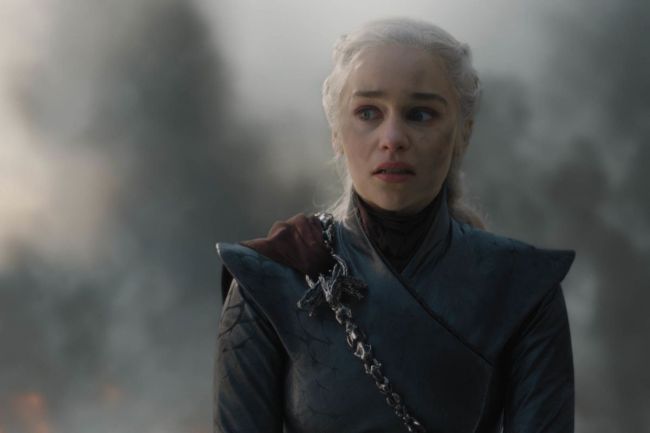 Two years. It’s been over two years since Game of Thrones went off the air. May 19, 2019, is when the series finale, “The Iron Throne”, aired — bringing one of the most iconic TV series of all time to an end. Likely due to the pandemic year we just lived through, the Game of Thrones finale somehow feels like it was both a lifetime ago and yesterday.

Despite how long it’s actually been, or how long it feels like it’s been, the vitriol surrounding Game of Thrones, particularly its final season, remains ever-present. I’ve actually written a couple of articles in the last few months about the insipid, if not infuriated reaction to House of the Dragon, which will reportedly debut next year.

HBO is certainly aware of the sour taste that Thrones left in fans’ mouths, as they are quite literally going out of their way to distance previous showrunners David Benioff and D.B. Weiss from the upcoming prequel. Hell, even the actors who starred in the show are on the same page as the fandom, as series breakout Emilia Clarke recently told MTV’s Happy Sad Confused podcast that she “totally” gets why fans were so angry with the final batch of episodes, particularly how it pertains to Daenerys arc:

“I get why people are pissed,” Clarke said. “I totally get it. But, me being the actor, you can’t do justice to the character that you poured your blood, sweat, and tears into for a decade without getting on the same page. So like, I’m not just going to be there being like, ‘Fine, I’ll do the scene, whatever. I’m so pissed.’ You have to turn up.”

“The first instinct when you read the scripts is you just get that gut-punch of like, ‘Whoa, okay!’ You’re thinking about… your first reaction is that. It’s ‘OK.’ And then you start to go, ‘Oh. Maybe people are going to … mmm, yeah. I wonder.’ You don’t know, but you do wonder.”

I talked to Emilia Clarke about the GAME OF THRONES finale reaction. “I get why people were pissed”. Lots in here.

Watch the whole chat at https://t.co/e84WokCDhq!

Truth be told, prior to looking up a lead image for this article, I’d actually forgotten that Daenerys decided to go full scorched Earth on King’s Landing quicker than someone who’s figuring out what they want to order whilst in line at Starbucks. What a disaster.

That said, I’m approaching House of Dragon with my chalice-half-full, as I simply refuse to let the haphazardness of Thrones‘ final season discredit the historic television that came before. Hopefully, HBO has now learned from its mistakes and will apply that newfound experience and knowledge to House of the Dragon. Hopefully. Similar to justice, though, if you’re looking for hope — Westeros is the wrong place.